Cyprus is the country with the second highest rate of students from abroad enrolled in its universities, according to Eurostat.

In the EU, there were in total 1.7 million such mobile tertiary students coming from abroad (both from another EU Member State and from outside the EU) in 2017, a number which has increased by 22% since 2013.

Luxembourg was the country with the highest rate of mobile tertiary students coming from abroad with 46.7%.

Mobile tertiary students coming from abroad represented 8.1 % of all enrolled tertiary students in the EU in 2017. The shares differed among the Member States: the largest shares were observed in Luxembourg (47%), Cyprus (23%) and Austria (17 %), while the lowest were recorded in Croatia, Spain and Greece (all 3%).

The Erasmus+ programme is a European Union student exchange programme, which supports students to spend part of their studies at another higher education institution abroad. In 2017, around 114,000 bachelor graduates and around 78,000 master graduates had benefited from this programme. 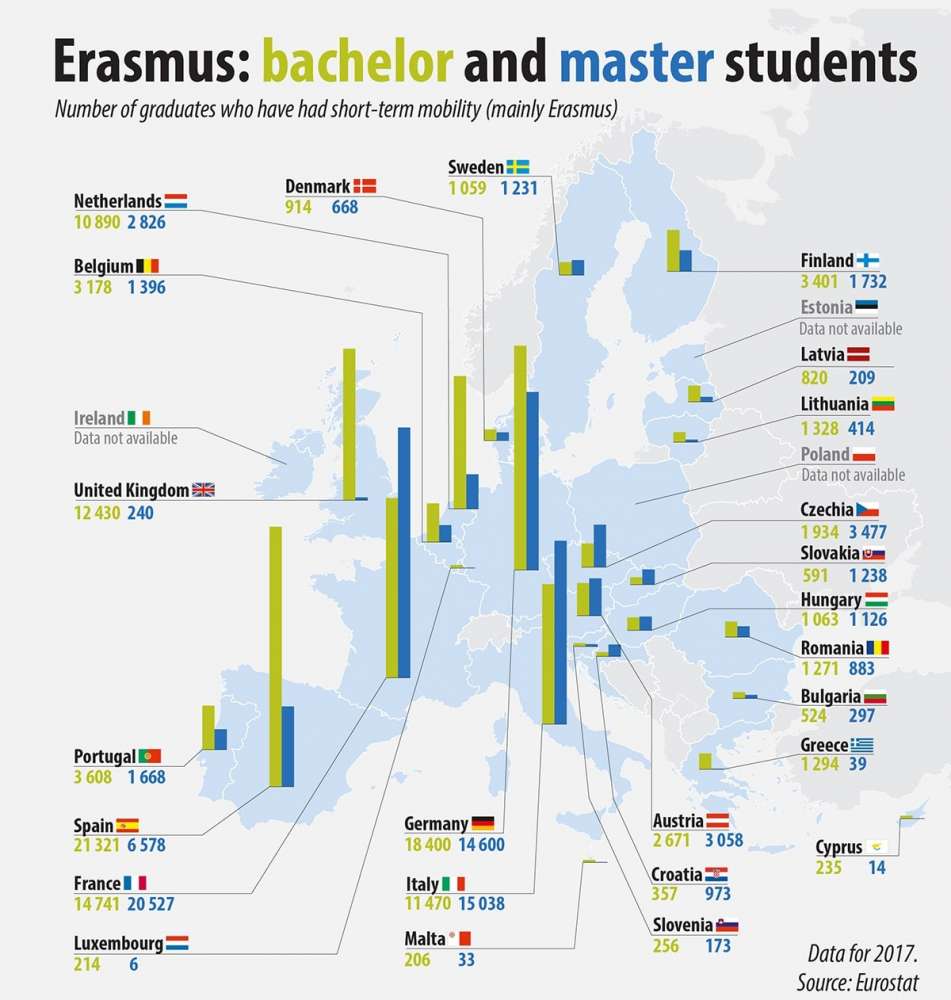