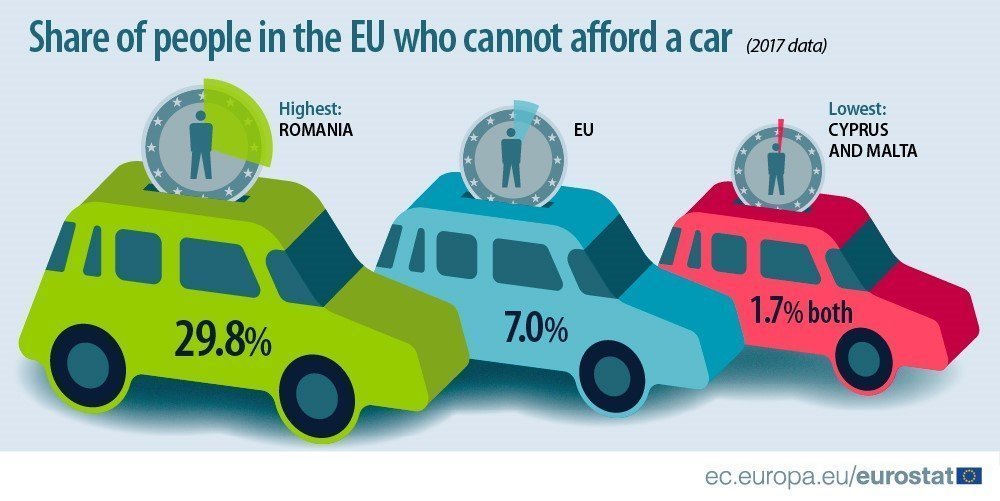 Only 1.7% of the population cannot afford a car in Cyprus, the lowest percentage in the European Union according to figures released by Eurostat.

At the opposite end of the scale, the lowest percentage of people unable to afford a car were in Cyprus and Malta (both 1.7% of total population), followed by Luxembourg (2.2%), Italy and France (both 2.7%).

Similarly, this decreasing trend was observed in all EU Member States with the exception of Austria (+0.4pp), Denmark (+0.3 pp), Luxembourg (+0.2pp), France (+0.1pp), and the Netherlands where it remained stable at 6.4%.