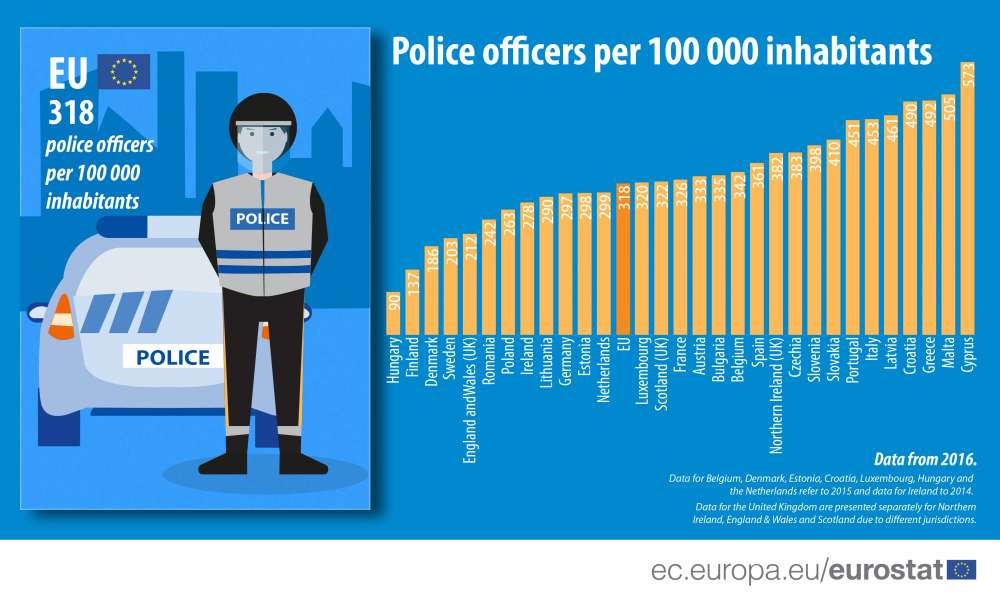 Cyprus has the highest number of police officers as a proportion of the population with 573 per 100,000 people, according to Eurostat figures released on Friday.

Eurostat noted that countries organise their law enforcement differently, according to national needs, resources and priorities. Another difference between national figures is who exactly counts as police. For example, some special police units may be counted in different ways.

The standard definition of police officers does not include clerks, maintenance staff and other employees who are not directly involved in typical police work.