Cyprus has fifth most expensive bread, cereals in EU28 (table)

Cyprus had the fifth most expensive bread and cereals in the European Union in 2018 according to figures published by Eurostat on Friday.

These showed that last year  the price of bread and cereals across the EU was more than three times as high in the most expensive Member State than in the cheapest one.

Cyprus and Sweden were the fifth most expensive (both 123).

In contrast, the price levels for bread and cereals in 2018 were lowest in Romania (with a price level index of 54), followed by Bulgaria (62) and Poland (68). 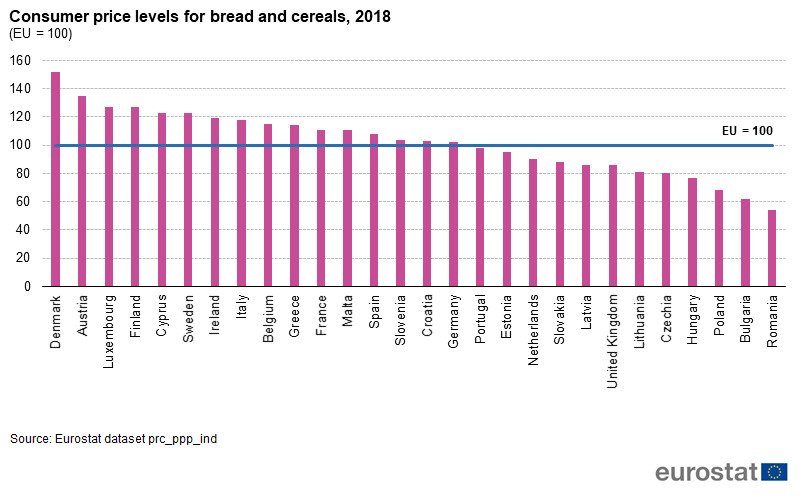