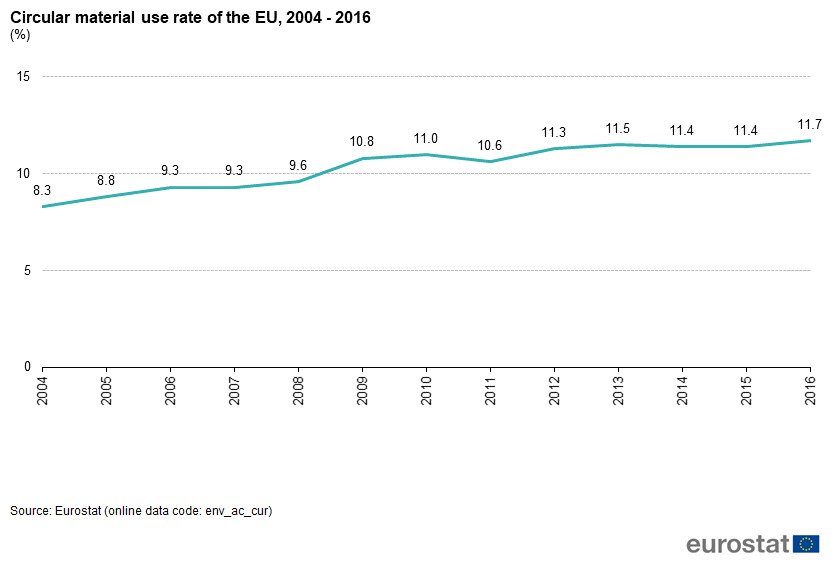 In 2016, the circularity rate of the European Union (EU) was 11.7%. This means that 11.7% of material resources used in the EU came from recycled products and recovered materials, thus saving primary raw materials from being extracted, according to figures issued by Eurostat on Thursday.

In Cyprus the rate was only 2.3% — the fifth lowest in the EU. The Netherlands topped the table while Greece was last.

Compared with 2004,  the EU’s share increased by 3.4 percentage points from 8.3%. This is primarily because the EU consumes less raw materials — such as construction materials and fossil fuels, while the amount of recycling only increases slightly. 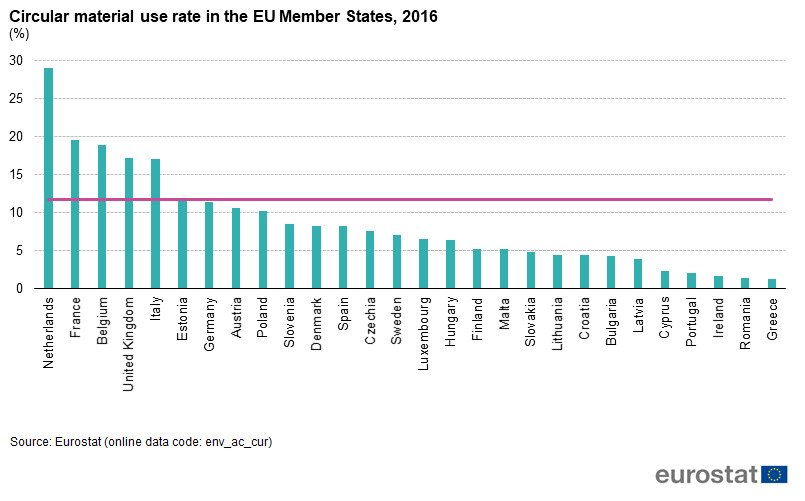 Highest circularity rate in the Netherlands, lowest in Greece

Differences are due not only to the amount of recycling in each country, but also to structural factors in national economies. For instance, the higher imports of materials (including fossil fuels) and the higher domestic extractions of materials (in turn related to mining, construction, etc), the lower the circularity rates.