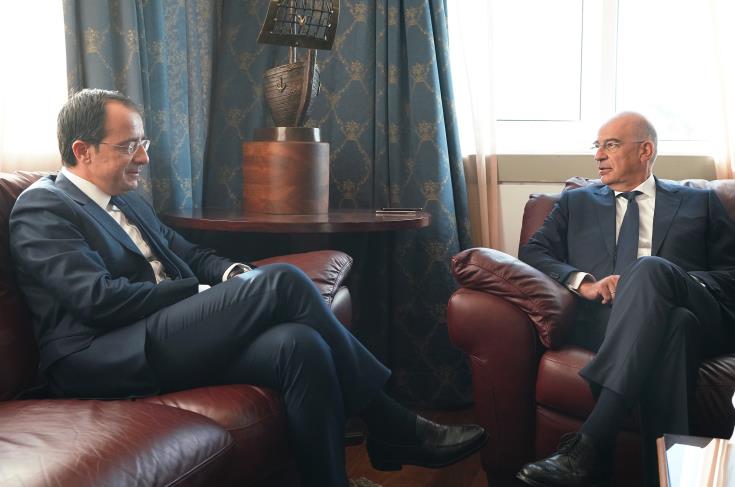 Foreign Minister Nikos Christodoulides and his Greek counterpart Nikos Dendias held a telephone conversation late on Wednesday to coordinate action between Nicosia and  Athens in view of the video-conference of the 27 European Foreign Ministers on Thursday afternoon.

A tweet by Dendias said the two focused on “the coordination of Greece and Cyprus and the need for a European reply to Turkey’s illegal and provocative actions in the Eastern Mediterranean and in Varosha”.

The EU Ministers will review developments in the Eastern Mediterranean and in particular Turkish leader Tayyip Erdogan`s recent actions and statements in Varosha, the fenced part of Turkish-occupied Famagusta.

The Minister directly concerned and the High Representative will inform the Member States of the recent developments and the EU27 will look into the situation, but, as insiders said, no decisions will be taken.

“The issue was put on the agenda because we had developments and all 27 need to be informed,” and insider told CNA in Brussels.

“But now, we have a change in the status quo in Varosha, but also a message from Erdogan that goes completely contrary to the UN doctrine for Cyprus,” he added.

“We want a bi-zonal bi-communal federation with political equality, negotiated within the UN framework, based on values ​​and the acquis communautaire,” he also said.

Erdogan’s message was against the bi-zonal bi-communal federation, the insider added.

In addition, he noted that the UN Secretary General is planning a meeting between the  two communities and the three guarantor powers and the EU talked to him and explained that the settlement of the Cyprus issue is extremely important for the bloc.