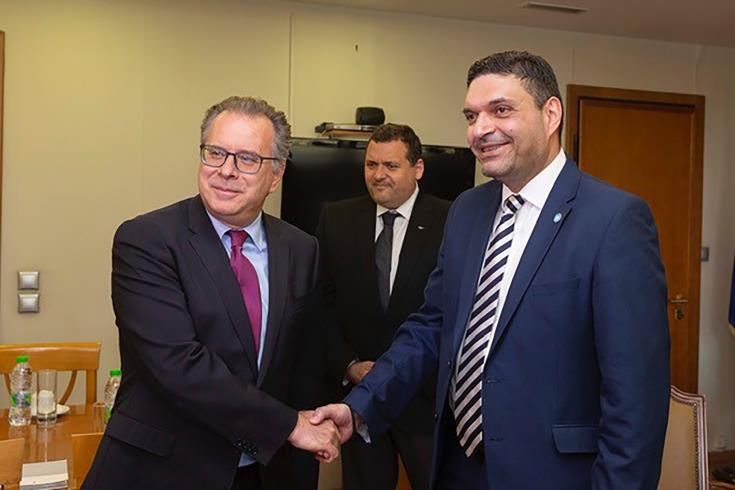 Cyprus and Greece will further coordinate action on the issue of migration ahead of the EU Home Affairs Council meeting that will take place in Luxembourg on October 7.

In statements to the Cyprus News Agency, Petrides confirmed Koumoutsakos’ upcoming visit, saying: “We will continue our discussions so that, probably with the participation of other countries as well, we will be able to forge a common front of EU countries in the Eastern Mediterranean.

“The aim is to hold joint positions and proposals, in view of the Council of Ministers meeting in October on migration issues, given the existing concerns due to the increased migration flows towards Greece and Cyprus, the particular circumstances in the region and Turkey’s role on this issue.”

In addition, Petrides said that he will seek to have a meeting with new Italian Interior Minister, Luciana Lamorgese, to see how there could be a common orientation, within the EU framework, on the issue of migration.

Petrides sent a letter on August 5 to the EU Commissioner for Migration, Home Affairs and Citizenship, Dimitris Avramopoulos, and to his counterparts in all other EU member states urging them to submit proposals for relocating 5000 persons from Cyprus, on the basis of bilateral agreements.