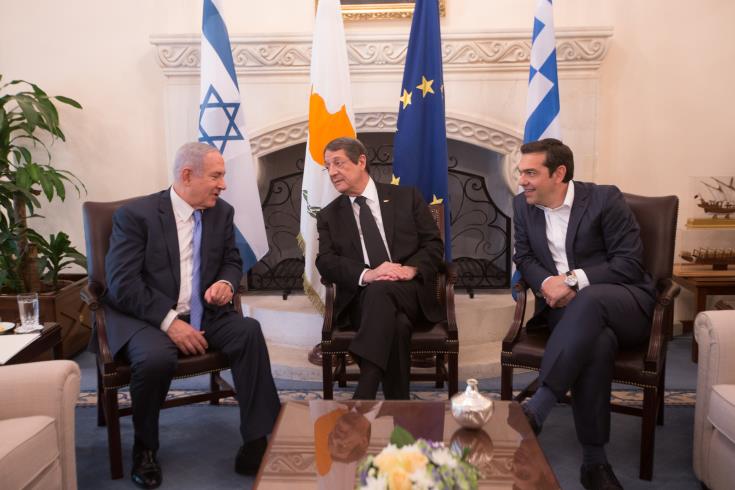 Cyprus, Greece and Israel forged closer ties, on Tuesday, in Nicosia, at their 4th trilateral summit in two years, in the context of which they expressed their commitment to go ahead with the preparation and signing within 2018 of an inter-state agreement on the construction of a natural gas pipeline connecting Israel, Cyprus, Greece, Italy and the rest of Europe, known as the EastMed.

The three countries signed Memoranda of Understanding in the fields of space technologies, satellite operations and applications, telecommunications, information and communications technology, an implementation agreement on subregional marine oil pollution contingency plan and a memorandum of understanding between their chambers of industry and commerce.

In addition, Cyprus and Israel signed bilateral agreements of cooperation on public security and on film co-production.