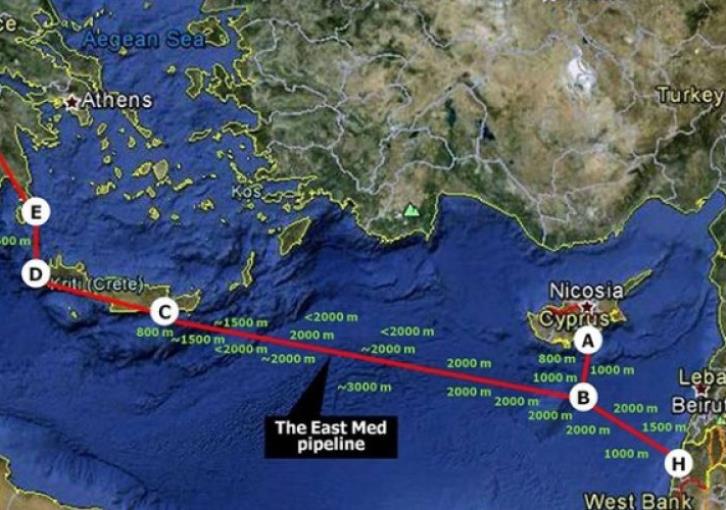 Cyprus, Greece and Israel reached today an interstate agreement on the EastMed pipeline, during the fifth Tripartite Summit that is being held in Beer Sheva.

As CNA learns, the agreement on the pipeline, which aims to connect Israel, Cyprus and Greece, requires  the approval of the European Commission first. The signing of the agreement is expected to take place within the first quarter of 2019.

The agreement also contains important references regarding the security of energy infrastructure.

Moreover, the launch of the permanent secretariat in Nicosia, aiming to coordinate the trilateral cooperation scheme, is expected on July 1st.

The three leaders started earlier on Thursday their meetings in Beer Sheva. A bilateral meeting between the delegations of Cyprus and Israel, under President Anastasiades and Premier Netanyahu, has been concluded.