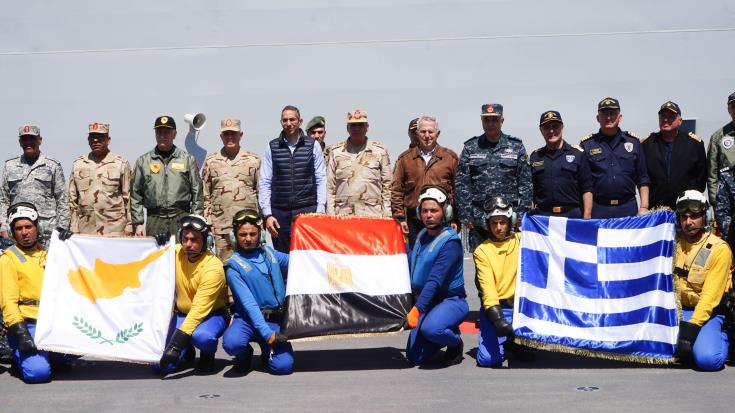 Cyprus, Greece and Egypt held a large-scale joint military exercise titled “MEDOUSA 8” in the Mediterranean Sea in the presence of the Defense Ministers of the three countries.

The exercise, containing air and naval units from the three countries, will conclude on April 19.

Cypriot Defense Minister Savvas Angelides said that the exercise conveys a message of unity, peace stability and growth in the countries of the region.

“With this cooperation we manifest that we are concerned with our common interests and we are ready to defend our rights always in the context of prudence. And I believe stability will create conditions for growth in our region,” he said.