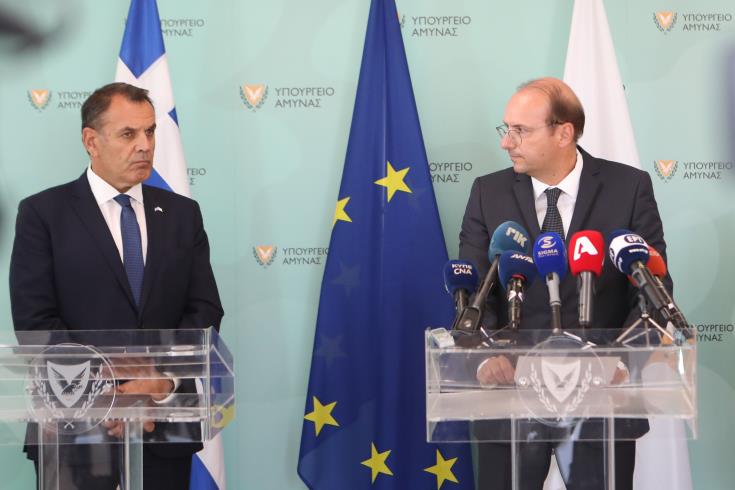 The 7th Intergovernmental Defence Council of Greece and Cyprus takes place on Thursday with the participation of the two countries’ defence ministers.

A press release also said that, via a teleconference, Cyprus’ Minister Charalambos Petrides and his Greek counterpart  Nikolaos Panagiotopoulos will hold talks within the framework of the permanent, constant and upgraded cooperation of the two countries in the fields of security and defence.

The discussion will take place in the presence of the Chiefs of Staff of the two countries and other military officials.

The two Ministers will look into bilateral issues of their competency with regard to regional cooperation and security, defence diplomacy and military operational programmes – exercises as well as other joint actions and issues of common interest, the press release concluded.