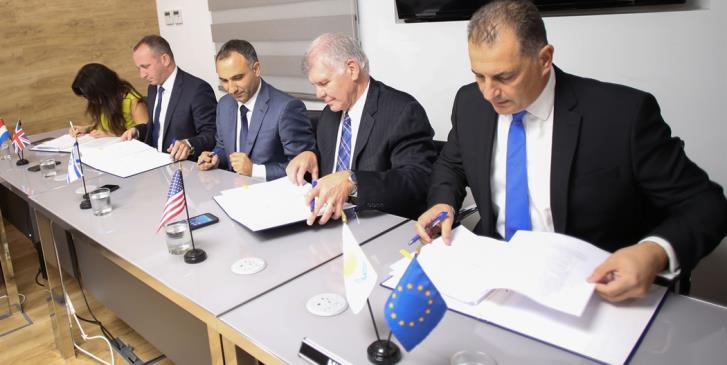 Cyprus’ energy strategy on Thursday went to a new level after the government approved the Eastern Mediterranean country’s development plan. And it granted an exploitation license for the Aphrodite offshore gas field to a Noble Energy-led consortium.

First gas is expected to start flowing in 2025, and the estimated revenue for the Cyprus Republic is US$ 9.3 billion over a period of 18 years.

“Today’s development is of particular importance since it makes the Republic of Cyprus a producer and an alternative source of gas supply to the European Union,” Energy Minister George Lakotrypis told journalists after the signing of the agreement.

“The agreement also provides for the gas to be carried to an Egyptian liquefaction facility at Ikdu via an underwater pipeline and exported to Europe and elsewhere in the form of liquid natural gas (LNG),” he added.

The development plan envisions deployment of a new build floating production facility at the Aphrodite reservoir, with an estimated maximum production capacity of approximately 800 MMCF per day.

This will be achieved through five production wells at the initial stage, and export of natural gas to the Egyptian market.

The estimated cost of the development, excluding the cost of construction of the pipelines to the target markets, is estimated at around US$2.5-3.5 billion.

The final formulation of the Development Plan and the Final Investment Decision for development of the Aphrodite reservoir are subject to the drilling of another appraisal/development well.