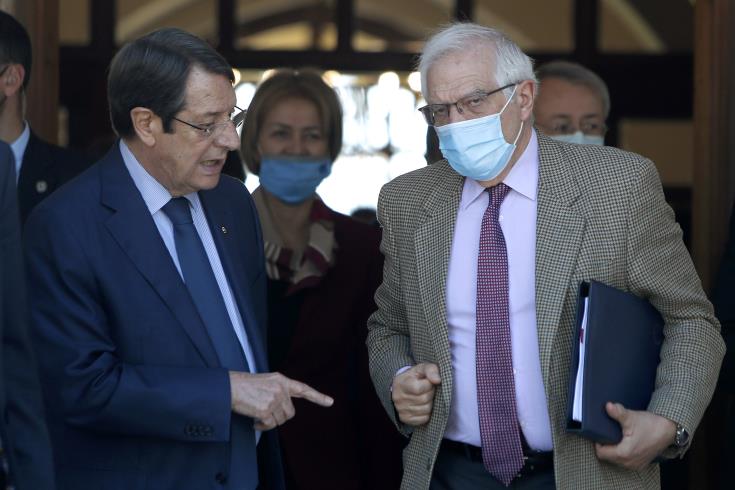 Upgrading the role of the EU in settlement talks can be crucial, says Cyprus government and welcomes relevant remarks, made by Josep Borrell, the Union’s High Representative for Foreign Affairs and Security Policy and Commission Vice-President.

An announcement by the Presidency of the Republic notes that Government Spokesman Kyriakos Koushos stated that the government deems yesterday’s written statement by Borrell as very important. The High Representative highlighted the European dimension of the Cyprus problem and the need to take into account, during the resolution process, both the EU acquis and the ability of the European Union to take decisions without any hindrance, he added.

“Upgrading the role of the EU at this critical juncture may prove crucial, as our country is and will continue to be, after a solution, an EU member, with all that this entails. That is why we welcome the request of the European Commissioner to upgrade the role of the EU, and from an observer to fully participate in negotiations the soonest possible,” Koushos said.

Koushos further highlighted the position expressed by Borrell, concerning the interconnection of the Cyprus problem with the broader EU-Turkey relations. This position has a particular weight, ahead of the European Council, taking place later in March, where the framework of EU-Turkey relations is up for discussion, the Government Spokesman continued, while noting both the possibility of sanctions against Turkey, as well as the so-called positive agenda.

He noted, finally, that EU involvement in the process may prove beneficial for the entire Cypriot people, Greek Cypriots and Turkish Cypriots, by safeguarding that EU principles and values will provide a guarantee for implementing the solution.