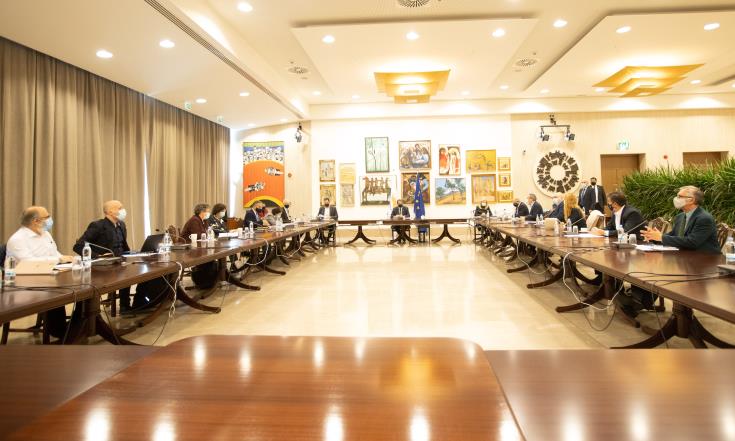 The Cyprus government aims at the gradual lifting of restrictive measures against the spread of COVID-19 in the context of a concrete plan, with a view to maintain the epidemiological outlook of the county at a level that will not jeopardize public health, Deputy Government Spokesman Panayiotis Sentonas said in a written statement.

The statement was issued following a meeting of the advisory scientific committee on COVID-19 that took place on Monday at the Presidential Palace, under Cyprus President, Nicos Anastasiades.

Sentonas said that the President was briefed by the members of the committee on the current epidemiological outlook, after the implementation of stricter restrictive measures.

The meeting on Monday was attended among others by the Ministers of Health, Labour and Education.

By gavriella
Previous articleShot flamingo found in Paralimni lake
Next articleWhere to get antigen rapid tests on Tuesday, 26 January