Cyprus gears up to repatriate 3000 over next 3 weeks 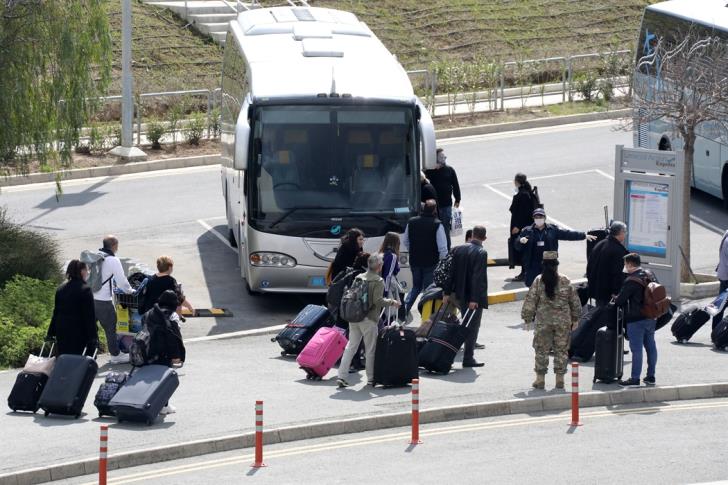 The Transport Ministry has completed plans to repatriate about 3000 Cypriots and legal residents who have asked to come home over the next two to three weeks, Phileleftheros reported on Wednesday.

It said that according to the plan, there may be as many as three or four flights daily, beginning from Friday.

Arrangements have also been made for arrivals to smooth the procedure until passengers are taken to quarantine facilities.

Phileleftheros said that so far there has only been one instance where arriving passengers attempted to move away so as to avoid boarding the bus, but they were quickly located.

The Foreign Ministry is preparing lists for daily arrivals. Where possible, in consultation with foreign embassies here, non-Cypriots wishing to return home can travel on the outgoing flights from Larnaca.

The two Cyprus Airways flights were carried out with a grant by the Cyprus Hotel Association which offered 100,000 euro. Fuel was provided by Petrolina.

By In Cyprus
Previous articleFirst U.S. coronavirus death occurred in early Feb in California
Next articleCovid-19: A round-up of the latest developments in Cyprus