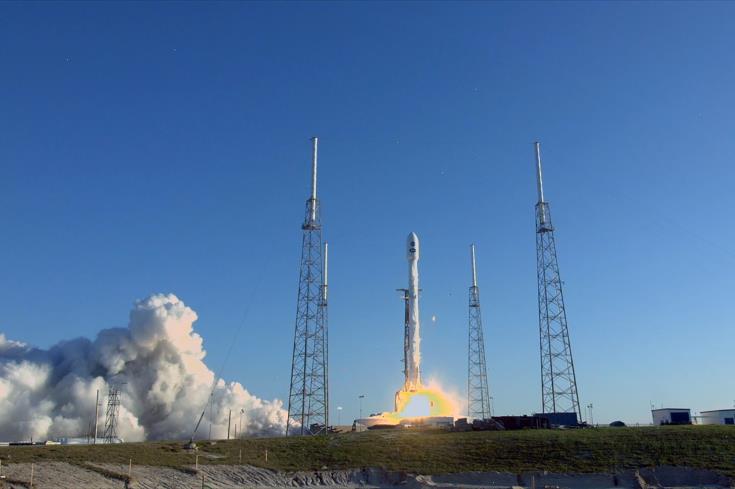 Cyprus is gaining on importance in the field of space technology services, as in recent years it has granted ten licenses to organizations to launch telecommunication satellites, using the space that Cyprus secures through the UN International Telecommunication Union.

The Cyprus News Agency has spoken with Director of the Department of Electronic Communications at the Ministry of Transport, Communications and Works, Georgios Komodromos, about the country’s services in the field of space technology, earth observation, and the Memoranda of Understanding that Cyprus has recently signed with Greece and Israel.

Komodromos pointed out the importance of Cyprus as regards the field of earth observation, saying that its geographic position allows the island to ‘see’ satellites located above Asia and Australia and collect data where other earth stations in Europe have no communication.

The Director of the Department of Electronic Communications told CNA that Cyprus can be proud of having a business model that attracts organizations which ask to be licensed to send satellites to space, by using the rights of the Republic of Cyprus.

He explained that each country from the 193 UN member states can submit to the International Telecommunications Union (ITU) a request to use areas in space.

​​​​​​​Komodromos said that the country that secures the space must launch within seven years a satellite, otherwise the right it has secured is lost.

He told CNA that Cyprus has to date 40 areas in space and has so far issued ten licenses, noting that many countries in the world have issued only one license. In this respect, Cyprus is beginning to gain on importance, he says.

​​​​​​​Furthermore, he explained that the rights granted by ITU to a country do not concern areas in space only above that country, but anywhere.

​​​​​​​Already, he said, there are three satellites in space which use the rights of the Republic of Cyprus, two of them are the Hellas Sat and one is EUTELSAT. The latter, he said, is one of the biggest four organisations in the world with 40 satellites already in space.

​​​​​​​Asked about the benefits for the Republic of Cyprus, he said that to date, Cyprus has an economic benefit of one million euro per year, which, he said, is expected to multiply after the launch of new satellites.

He also said that in addition to the economic benefits, Cyprus gains on prestige and becomes known as a country which is engaged in space technology services.

​​​​​​​Noting that in the next 2-3 years more satellites are expected to be launched using the rights of the Republic of Cyprus, he said that “we hope that this sector has a great prospect and will literally flourish.”

As regards earth observation, Komodromos told CNA that Cyprus has a strategic geographic position because it can `see` satellites that are above other continents while ground stations in other European countries cannot be connected.

“Cyprus, being the most southeastern part of Europe, can also see satellites located above Asia and Australia and gather data where other earth stations in Europe have no communication,” he said. ​​​​​​​Komodromos told CNA that this strategic advantage of Cyprus is increasingly being promoted in order to attract infrastructure in Cyprus from the European Space Agency.

​​​​​​​Referring to the Memoranda of Cooperation signed recently between Cyprus, Greece and Israel, Komodromos said that they concern the fields of Information and Communication Technologies and Space Technology. The Memoranda were signed during the High Level meeting of the three countries that took place in Nicosia in the participation of the leaders of the three countries.

Noting that Israel is very advanced in space technologies, Komodromos told CNA that Cyprus could benefit from that knowledge.

The next steps, he said, is for the three countries to set up teams to identify areas on which they could work for the benefit of all three countries.

He recalled that Cyprus is one step before its full membership in the European Space Agency.

He said that Cypriots were very interested in participating in ESA competitions and submitted 28 proposals, a number, which, according to ESA constitutes a great success given the size of Cyprus.

​​​​​​​Concluding, he told CNA that his Department has submitted a proposal to the Ministry to increase the subscription to cover more projects.