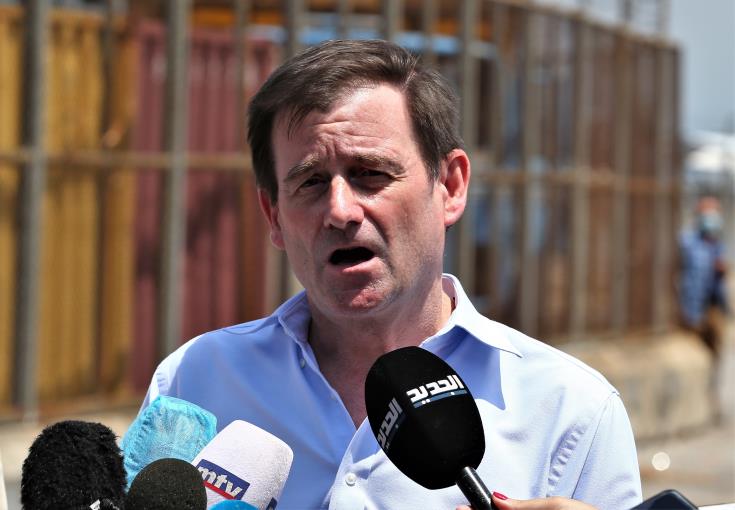 Foreign Minister Nikos Christodoulides on Sunday met with US Under Secretary for Political Affairs David Hale who stopped over at Larnaca airport from Beirut to review bilateral relations between Nicosia and Washington.

Hale (photo) who is on his way home had paid a three-day visit to devastated Lebanon.

Just before the Hale-Christodoulides meeting, the US State Department issued a statement saying that the two officials “will discuss America’s deepening security relationship with the Republic of Cyprus.”

“And the continued American support for the UN-facilitated, Cypriot-led process to achieve a peaceful resolution to the division of Cyprus, in accordance with UN Security Council Resolutions and based on a bizonal, bicommunal federation.”

During the meeting, the two officials will also review ways to further strengthen them, an official announcement in Nicosia said.

Christodoulides and Hale also exchanged views on the Cyprus issue, on current developments in the eastern Mediterranean and the situation in the wider Middle East region.