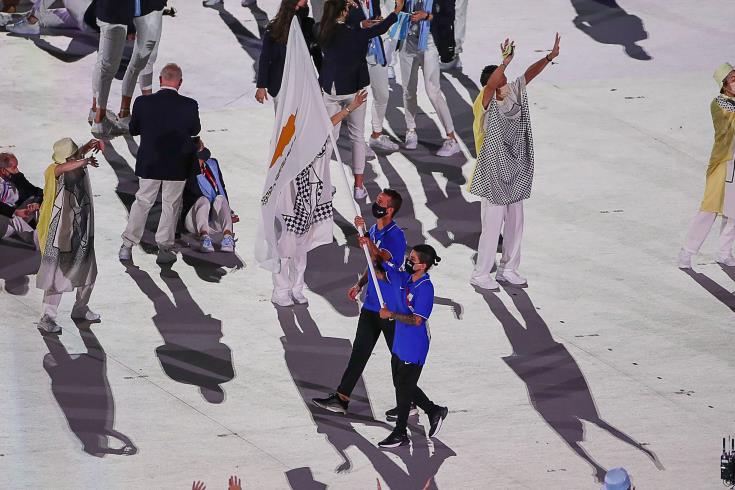 Cyprus Olympic team paraded in the Opening ceremony held in Olympic Stadium yesterday marking the formal beginning of the Olympic Games which were postponed for a year due to the Covid-19 pandemic.

This is the 11th time Cyprus participates in the history of modern Olympics.

On Sunday, at 0700 Cyprus time, Andri Christoforou will compete in the Women`s road race.

Also on Sunday, in Shooting, George Achilleos and Demetris Constantinou will compete in the Men`s 10m air rifle as well as in the women’s, Andri Eleftheriou. Whoever makes it to the finals will compete on Monday for a medal.