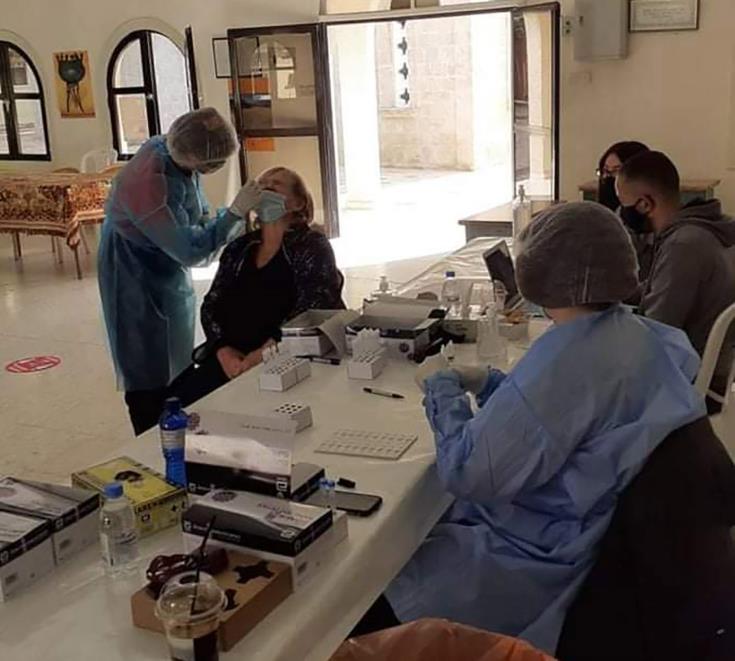 The Ministry of Health expects to receive tomorrow the results of the first 280 coronavirus positive samples that have been sent to the European Centre for Disease Prevention and Control (ECDC), to determine whether a mutated coronavirus strain is detected.

In statements to CNA, Press officer of the Ministry of Health, Margarita Kyriakou, said that  the results of the 280 positive coronavirus samples, which have been sent to the ECDC, will  probably be received tomorrow.

Kyriakou said that Cyprus continues to send samples to the ECDC, noting that the laboratory tests performed there require time, which is why there is a delay. She added that  Cyprus sends to the ECDC a percentage of samples in proportion to the number of positive cases that are identified weekly.

It is recalled that in nine samples out of 24 examined in Cyprus in late January Cypriot scientists identified the British strain of the coronavirus, which is believed to be more contagious.  The mutations from South Africa and Brazil were not detected in any of the samples.

Meanwhile, the Ministry of Health announced on Monday that according to data, published by the ECDC, Cyprus remains in the 1st place among the countries of Europe, with 25,554 tests per 100,000 population. In the week 15-21 February 2021, 202,614 rapid antigen tests were performed and 385 cases were detected.

It is noted that other countries, such as the UK and Germany, follow Cyprus` massive rapid test program for the general population that is in force since last November.

The Ministry says that although the epidemiological picture in Cyprus is improving, caution is needed to avoid setbacks.

It notes that its strategy for the gradual lifting of the health protective measures in place, is based on three pillars: Mass antigen rapid tests, contact tracing and vaccinations, which as it notes, will be intensified in March.