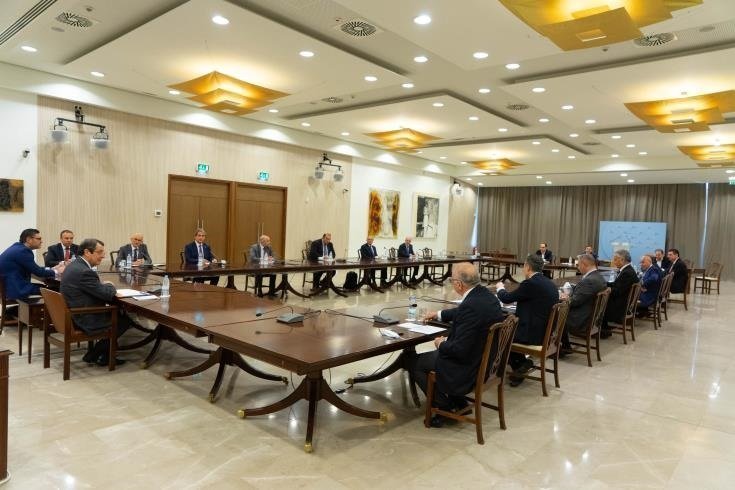 The first signs from the market following the partial lifting of lockdown measures are very positive, Minister of Finance Constantinos Petrides said on Tuesday.

President Nicos Anastasiades and Petrides discussed the situation of the economy with the CEOs of the Cypriot commercial banks after the launching of the government second support package that contains interest rate subsidies and VAT reductions for the tourist sector and guarantees to the European Investment Bank for cheap loans to the economy through local banks.

It was a very constructive discussion, we are passing to the second phase, that of recovery, Petrides said in statements following the meeting adding “both the government and the banking sector will contribute with the means at their disposal towards that end.”

“Market sentiment is changing and this is very important,” Petrides said.

The interest rate subsidy was very important assistance. “What we said today is that while entering this second phase and with the change in sentiment among the public, the banks with their participation and by explaining these rapid procedures will do their part so that we all support the economy.”

“And we have every right to be really optimistic that we will manage to emerge victorious from this crisis.”

Responding to a question, Petrides said “the first signs concerning the market and the labour market following the partial lifting of restrictions are very positive and we have every right to be optimistic.”

Stating that there will be more data in the coming period, the Finance Minister added that “it seems the government’s measures have acted as a catalyst.”

He also noted that the growth registered in the last years have given the public finances and the private economy the resilience necessary to cope with the crisis.

“Of course, there are problems, currently our plans are more targeted but we are convinced we will emerge victorious from this uncertain battle, both the private sector, the state, the government and political parties. And this is the positive message we should give as we pass to the restart phase,” he concluded.

On his part, Ioannis Matsis, President of the Association of Cyprus Banks (ACB) assured that the banks have the intention, the liquidity and the capital buffers to support the economy.

Welcoming the government measures, Matsis said that measures such as interest rate subsidies and loans through the EIB will give the banks greater capacity to provide loans.

He also observed that since the relaxation of the lockdown measures and by monitoring credit and debit card movement and other data “we have seen the economy expanding rapidly.”

“Therefore, things seem better than our April estimates and we are very optimistic,” he said.

Asked on the role of the banks in the economic restart phase, Matsis said “as banks we have the will, the intention the liquidity and the capital adequacy to support the economy.”

“It would be beneficial for all, both the society, the economy and the banks alike, to proceed with (granting of) financing and liquidity,” he said, pointing out however that banks always need to assess the viability of the borrowers.

But Matsis noted that “the schemes announced by the government will bring increased volume (to the banks) and will be very helpful.”

By In Cyprus
Previous articleOutdoor seating only: Parisian cafes eke out space along sidewalks
Next articleEY: Renewable energy sector expected to bounce back quickly despite impact of Covid-19