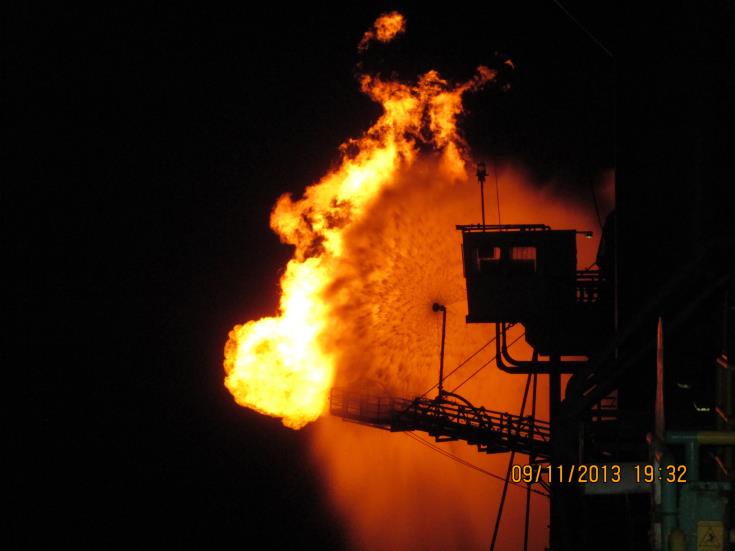 A drill is in place on block 10 of Cyprus’ Exclusive Economic Zone (EEZ) on the spot where the drilling will take place, Energy Minister Yiorgos Lakkotrypis said on Monday, assuring that the Republic of Cyprus’ energy plans are on track.

Lakkotrypris, who briefed the parliamentary committee on Energy about the country’s energy plans and the ministry’s plans about renewable energy sources funding schemes also called on everyone to maintain a low profile on energy issues.

In statements after briefing the MPs, he said that the conversation focused on four pillars, the drilling in block 10, the drillings set to take place in block 7, developments on the exploitation of hydrocarbon reserves discovered in block 12 and the procedures which have been set in motion recently related to the infrastructure which needs to be in place in order to be able to receive natural gas for the island.

“We had a very good discussion, as is often the case, we exchanged views and we have committed that we will continue to brief the committee whenever there are important developments, in the context of transparency, because cooperation with the committee has been at a very good level for some time now and we are very satisfied,” Lakkotrypis noted.

Replying to a question about the natural gas infrastructure procedure, he said a tender has been launched which is funded by the European Commission for about €100 million, via the Connecting Europe programme. He added that this is the first stage for natural gas to arrive in Cyprus.

Asked about the drilling in block 10 he said that the drill is already in place. He then called on everyone to stop or at least limit as much as possible their daily preoccupation and speculation with the specific matter.

As in previous drillings, Lakkotrypis pointed out, the Republic of Cyprus’ programme will go ahead as planned, without much fuss.

“What is important for us is for the drilling to go ahead without any problems, meaning its technical characteristics, and we hope for the best possible results,” he said.

ExxonMobil has been awarded, together with Qatar Petroleum the exploration licence in block 10 of Cyprus’ EEZ.

Navtex 376/18 issued by Cyprus on Saturday morning, at 06.00 hours local time (04.00 hours GMT), informs mariners about the drilling operations of Stena IceMax at the “Delphini” target. Drilling operations were expected to commence on November 15.

The Navtex is valid until February 25, 2019. A safety zone of 500 meters is established around Stena IceMax and entering this area is prohibited for any reason.