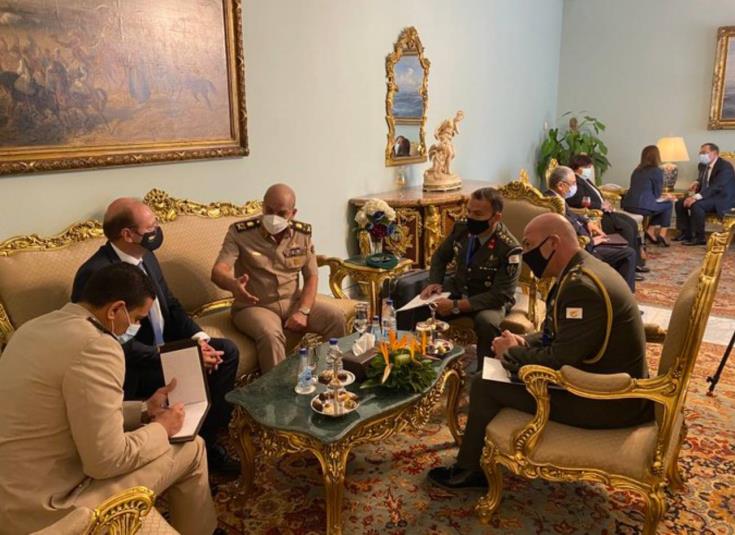 Energy Ministers of Cyprus and Egypt decided on Saturday to sign a Memorandum of Understanding for the electricity interconnection between the two countries.

Cyprus Energy, Commerce and Industry Minister, Natasa Pilides and Egyptian Minister of Electricity and Renewable Energy, Mohamed Shaker El-Markabi, held a meeting in Cairo on the sidelines of the first Intergovernmental Meeting Cyprus-Egypt that took place on Saturday in the Egyptian capital.

Pilides extended an invitation to her Egyptian counterpart to pay an official visit to Cyprus to sign the MoU.

The Cypriot Minister said at the Intergovernmental Meeting that this electricity interconnection with Egypt will ensure the energy security of Cyprus, and it will offer mutual benefits to both states regarding the promotion of renewable energy sources and the efforts made worldwide to reduce pollution and limit the negative impact of climate change.

The technical discussions are expected to be completed in September.

By gavriella
Previous article295 new cases of COVID-19, one death on Saturday
Next articleSisi & Anastasiades share common views on security in Eastern Μediterranean