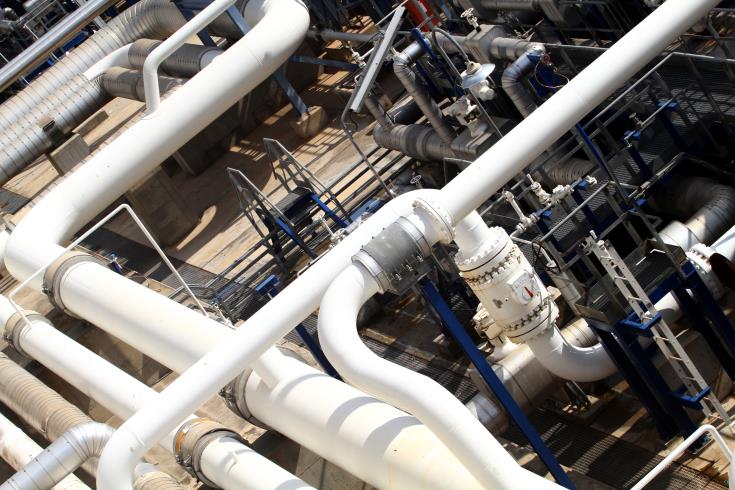 Technical Committees from Cyprus and Egypt agreed on Wednesday to proceed with a study concerning the transfer of natural gas from the “Aphrodite” reservoir, in Cyprus’s exclusive economic block 12, to an Egyptian Liquefaction Plant.

Representatives from both countries, who met in Cairo, included five officials from Cyprus’ Energy Ministry and the Cyprus Hydrocarbons Company (CHC), as well as officials from Egypt’s Ministry of Petroleum and the Egyptian Hydrocarbon Company.

The meeting was decided by Energy Minister Natasa Pilides and her Egyptian counterpart, Tarek El-Molla, during the first Cyprus-Egypt Intergovernmental Summit, which took place on September 4, in the Egyptian capital.

Speaking to CNA, Demetris Fessas, CHC’s Acting General Manager and head of Cyprus’ Technical Committee, said that online contacts between the two sides had already taken place. At today’s meeting, which signaled the start of contacts with physical presence, additional technical details were discussed and the timeframe for the next meetings was outlined, Fessas said. It was decided to meet two more times by the end of the year, he added, in order for the two countries to proceed with their final study concerning the transfer of natural gas and the evaluation of results.

“This study allows us to study the design of this pipeline, which is of historic importance for Cyprus and Egypt” Fessas said. He noted that through the study, they would try to find parallel ways to improve the pipeline design, in order to make use of Egypt’s existing infrastructure and see how the pipeline could connect to other projects that are under development in the region.

Fessas also noted that the two sides were entering an intensive stage to conduct the study, whose aspects were decided upon during the meeting in Cairo.