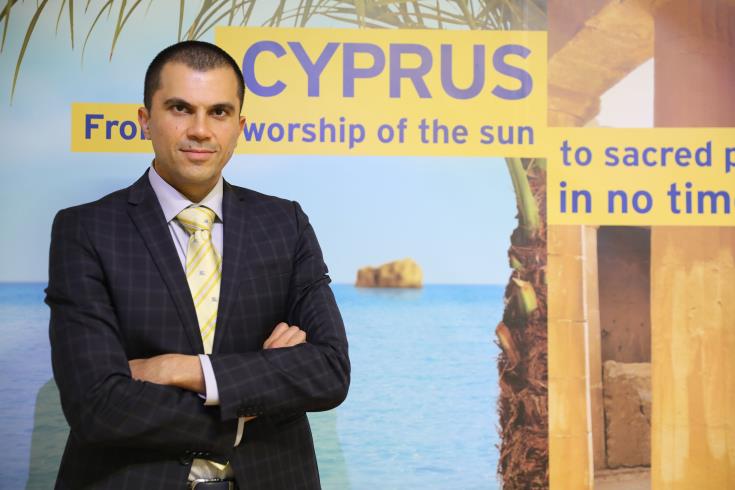 The opening of new markets and the upgrading of the quality of the Cyprus tourist product that could boost tourist arrivals up to 5 million by 2030, are the main targets of Cyprus’ Strategic Plan on tourism for the period of 2020-2030, drafted by the Deputy Ministry for Tourism and presented to the parliamentary committee on Tourism.

Deputy Minister for Tourism, Savvas Perdios, said he presented the operational plan for 2020-2030, an integral part of the National Strategy for Tourism for 2020-2030 which will concluded by the end of 2019.

He added the Strategy will be considered as finalised following the environmental impact assessment and a carrying capacity study.

Perdios noted that the basic target for 2020 is to develop new markets, to enhance Cyprus’ presence abroad and to improve and upgrade Cyprus tourist product.

Replying to questions, Perdios said the target for tourist arrivals based on a 2015 study, that has been taken into account in drafting the Strategy, was set at 5 million.

“I don’t believe this number is unreasonable but what we as Deputy Ministry are interested in is that tourist increase in Cyprus should take place in a way that would benefit mountainous, rural and remote areas,” he stressed.

Furthermore, Perdios said that the impact on Cyprus tourism by the default of Thomas Cook seems to be mitigated as some of the 178-year old group’s subsidiaries are trying to stay afloat as according to the latest development’s Thomas Cook subsidiaries in Scandinavia and possibly Germany might be saved, which would reduce the impact to tourist arrivals in Cyprus by 50%.

“That means that around 50% of the approximately 250,000 tourists carried by Thomas Cook to Cyprus will be able to visit the island,” he said.

Asked on the debt Thomas Cook owes to Cypriot hotels, estimated at €50 million, he explained if the subsidiaries are saved then the loss will be reduced to 50%.

Furthermore, Hermes Airports, the Cyprus airports operator, announced that flights carried out by Thomas Cook Scandinavia have been rescheduled for tomorrow. These are flights VKG11103 to Copenhagen departing at 00:15 local time and flight VKG1633 to Stockholm departing five minutes earlier.

An additional ten flights by Thomas Cook UK that have been scheduled for today and tomorrow to transfer stranded tourists from Cyprus to the UK have been canceled, Hermes added.

According to the Deputy Ministry, a total of 15,000 tourists have been stranded in Cyprus due to the bankruptcy of Thomas Cook.