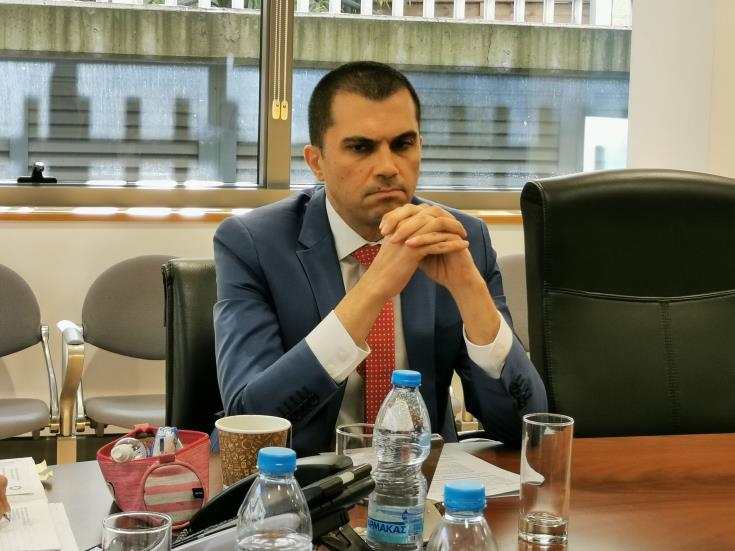 Cyprus` Deputy Tourism Minister Savvas Perdios said on Wednesday that 55% of the actions planned for 2020 in the sector of tourism has been completed.

Perdios who briefed the cabinet on the implementation of the action plan for this year, said in statements at the Presidential Palace among other things, that the Deputy Ministry has been promoting incentives for the promotion of tourism in rural, mountainous and remote areas and is also in the process of reviewing all schemes to do with special types of tourism which will continue until 2021.

The Deputy Minister expressed his satisfaction because despite a large part of his team working from home in the last two months, “55% of the action plan for 2020 has already been completed.”

In particular, he said the Deputy Ministry has launched various tenders and studies and gave the example of the Pafos marina integrated growth, an online platform for tourist businesses, as well as the new logo for Cyprus tourism which he hopes will start to be implemented at the end of this year.

The conditions of a number of studies which will go ahead provided the Finance Ministry gives the OK have also been drafted including an environmental study on the national tourism strategy, a health, welfare and rehabilitation of people with mobility difficulties as well as the sustainable development of Polis Chrysochous and Tylliria regions study.

Referring to actions to promote rural, mountainous and remote areas, he said a decision has been taken to use €200,000 from 2021 onward to promote tourism in the Polis Chrysochous and Tylliria areas which are set to be distributed via the tourism development promotion agencies of Pafos and Nicosia.

Perdios said that special incentives have been given to tour operators to promote the rural, mountainous and remote areas since the beginning of this year.

The Deputy Ministry has also prepared a list with all small craft businesses, handicraft centers and farms in Cyprus which could attract visitors in order to promote them abroad and at home.

Referring to the other 45% of actions for 2020, Perdios said that they include, among other things, a tender for the review of Cyprus’ tourist branding, which will be able to go ahead as soon as the logo tender has been completed.

Consultations have started on legislative proposals the Deputy Ministry has been drafting seeking to reduce noise pollution in tourist areas , to regulate the operation of organised beaches, ban the consumption of alcohol in public areas and the sale of laughing gas.

Perdios said that his team is working to review the incentive scheme in place on special types of tourism.

These schemes, he said, had already been in place, but in view of the situation with the coronavirus they are all being reviewed in order for them be more targeted and more effective. He added that the reviewed schemes will continue to be in place in 2021 aiming to support tourism in Cyprus next winter.