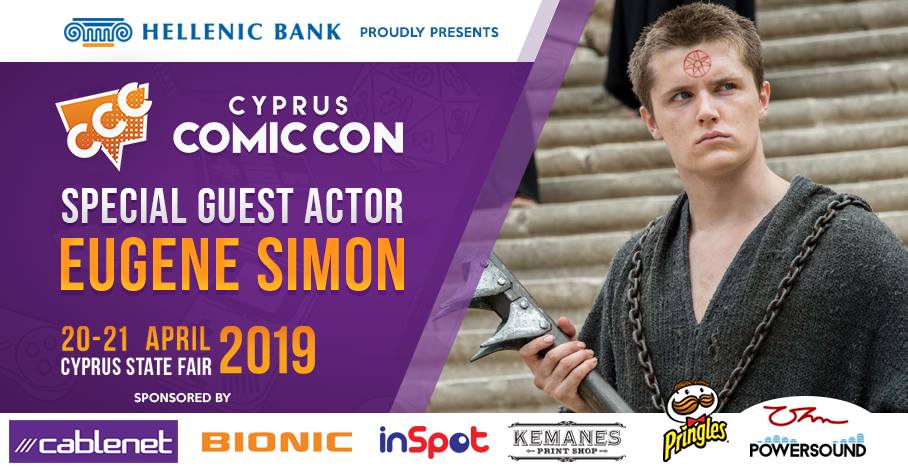 This year Cyprus Comic Con will be held on the 20th and 21st of April at the Cyprus State Fair (Cyprus Expo) in Nicosia and will be bigger and better than ever.

Children under 5 years old, as well as cosplayers can enjoy Free General Admission.