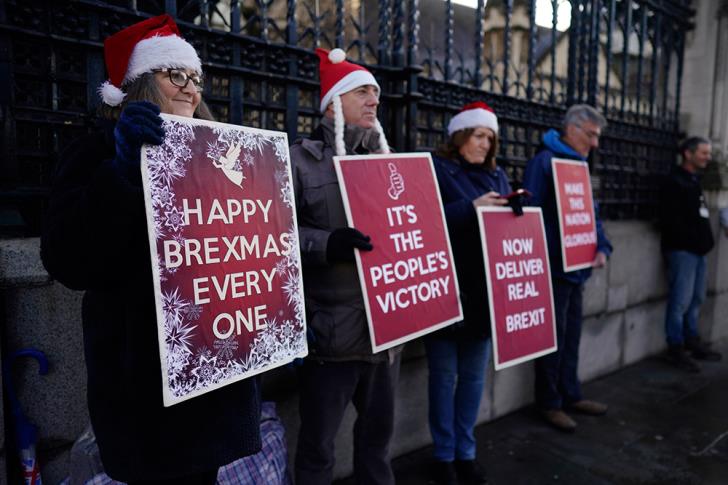 That EU member Cyprus could benefit from Brexit sounded like a slogan or even like a joke, but it seems that this is actually the reality.

Yesterday, Reuters reported that Britain’s ruling Conservative Party donors had sought citizenship of Cyprus since the country voted to leave the bloc in 2016.

As expected, the British media interpreted the news in a negative way saying that this may suggest sagging confidence in Britain’s economy after it leaves the EU.

And that is why Brits who made a career out of assessing risk have applied for second passports in another European country – Cyprus in this case.

Among them are billionaire Alan Howard, one of Britain’s best-known hedge fund managers, and Jeremy Isaacs, the former head of Lehman Brothers for Europe, the Middle East and Asia. Documents show that both acquired the Cypriot citizenship in 2018.

Phileleftheros has information about other recorded cases of Britons getting Cypriot citizenship through the Citizenship by Investment Programme after the Brexit referendum, precisely because they were concerned over the  limited benefits, economically and socially, this particular development could bring.

Brexit has also benefitted the Mediterranean island’s shipping sector. Not so directly, since although some ships have been registered under the Cyprus flag, the overall numbers are not that high. Nonetheless, there are numerous shipping companies that have set up subsidiaries in Cyprus and transferred part of their business so as to enjoy benefits provided by the EU-member state.

The most prominent case is that of P&O Ferries which has registered all of its ships under the Cyprus flag. But even more important is the very recent decision by Steamship Insurance, which focuses on the shipping industry, to relocate headquarters to Cyprus.

In fact, the company is now looking for most suitable premises as well as for local staff. Informed sources also said that two other big insurance companies are seriously considering making a similar move.

In addition, Cyprus has recently attracted a number of investment fund managers from the United Kingdom, also because of Brexit.

Most investment funds certainly opt for neighbouring Ireland as well as Luxembourg because of the proximity but also because both are established destinations.

However, Cyprus has an added advantage since the cost of operating a fund is much lower than the two destinations mentioned above. And, especially in the case of small funds, cost is a big factor.

In an interview with Forbes’ December issue (to be on the stands on Sunday the 22nd), new CIFA President Andreas Yiasemides said the possibility to attract more UK fund managers who may still wait to see how developments unfold to Cyprus is there.

“It is a fact that some managers who have already come to Cyprus help a lot in our efforts to create a good reputation in Britain,” he added.

At the same time, an indirect benefit from Brexit is the fact that many Cypriots who are permanent residents in the UK and did not have Cypriot citizenship have rushed over the recent past years to secure one.

By Annie Charalambous
Previous articleWhat’s in a street name? Not gender equality, says NGO
Next articleKiosk employee robbed at knifepoint