Cyprus calls on Yavuz to cease illegal actions in its EEZ 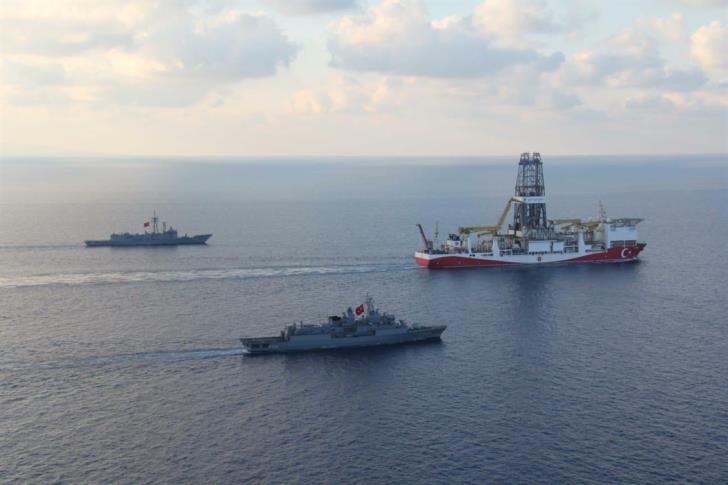 Cyprus has called on drill ship “Yavuz” and her supporting vessels on Thursday to immediately cease illegal actions in the Republic’ Exclusive Economic Zone and its continental shelf.

A navigational telex (navtex),  published on  the  website of the Zenon Coordination Centre of the Joint Rescue and Coordination Centre (JRCC) stationed in Larnaca, also warned all those working on ‘Yavuz’ and its supporting vessels will face consequences and an international arrest warrant will be issued against them.

Turkey has issued a navtex for drilling operations by Yavuz in Cyprus’ EEZ/continental shelf until January 2020.Before that, “Yavuz” stayed off the coast of Karpasia, in the eastern coast of Cyprus, until September 17, when it departed for a Turkish port in Mersin.

Their actions, it said, “are violating the international law and maritime safety procedures and they are committing serious criminal offences under the laws of the Republic of Cyprus”.

It further said that “any individuals and companies working and/or providing services, assisting and soliciting to support the illegal actions of ‘Yavuz” are violating the rights of the Republic of Cyprus, the international law and maritime safety procedures” and will therefore face “all consequences according to European and international law and an international arrest warrant will be issued against them”.

“We hereby demand drill ship “Yavuz” and her supporting vessels to immediately cease their illegal actions”.

In an earlier navtex on Thursday, Cyprus said that the navigational warning was referring to unauthorized and illegal activity of “Yavuz” and her supporting vessels in the EEZ and the continental shelf of the Republic of Cyprus. It said this action “constitutes a gross violation of international law, affects the maritime safety procedures and is also a criminal offence under the laws of the Republic of Cyprus.”

By In Cyprus
Previous articlePaphos and Nicosia property sales on the rise
Next articleMainly fine today, unsettled weather on the way