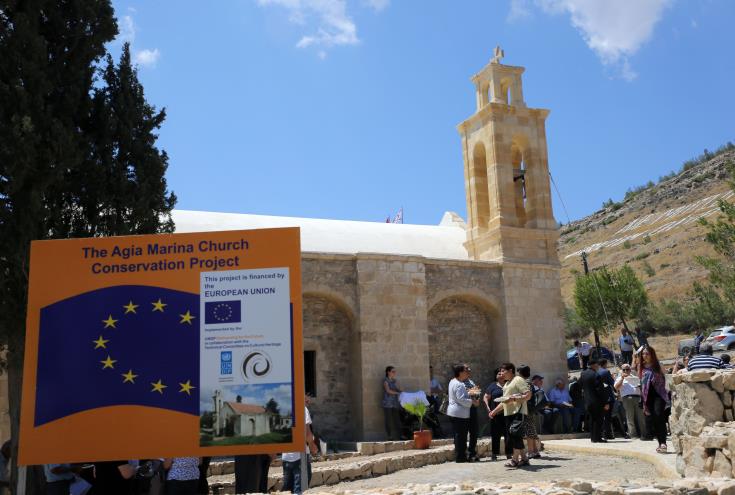 The Cyprus Bicommunal Technical Committee on Cultural Heritage was awarded on Tuesday in the European Heritage Awards / Europa Nostra Awards for demonstrating a high degree of dedication and civic engagement coupled with excellence in the safeguard and enhancement of cultural heritage.

The award constitutes a moral reward for the commitment of the members of the Bicommunal Technical Committee in their effort to save the cultural heritage of Cyprus and in creating a climate of trust and understanding between the two Communities in the island.

The Technical Committee for Cultural Heritage expressed the will of the Cypriot people, Greek Cypriots, Turkish Cypriots, Maronites, Armenians and Latinos for a coordinated action to save the cultural heritage of Cyprus.

It is worth noting that the Technical Committee for Cultural Heritage, in its 13 years of existence, has preserved more than 70 monuments of great historical, archaeological, religious and social importance.

The winners of the Awards per category were:

By gavriella
Previous articleWhere to get a free rapid test on Wednesday, 26 May
Next articleLeak of personal data of Education Ministry members