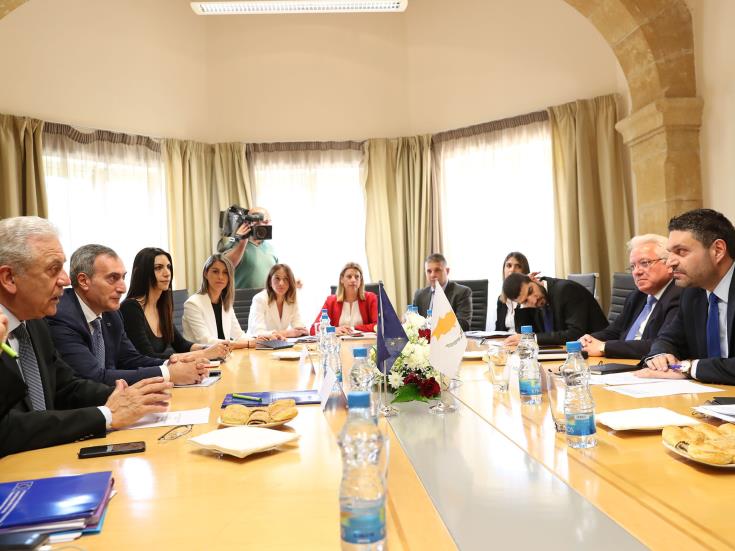 Cyprus is asking the EU for more help to deal with a large increase in irregular migrants, Interior Minister Constantinos Petrides said on Thursday after a meeting with EU Migration Commissioner Demetris Avramopoulos in Nicosia.

He said that Nicosia wants access to the EU’s security intelligence network in order to better screen arriving migrants and avert the risk posed by potentially radicalised individuals.

He said the large increase in numbers most of whom come across the Green Line from the Turkish-occuopied north have made the situation “very difficult to manage.”  Monthly asylum applications so far this year have surpassed 1,000 and Cyprus needed another reception centre, he said.

According to Eurostat, applications from asylum seekers rose by 70% in Cyprus in 2018, the biggest increase among the EU’s 28 states and the highest number of applications relative to population.

Avraamopoulos acknowledged that Cyprus “has come under great strain recently” and pledged more financial and operational help. He said Cyprus was not alone and the EU would help.

Avraamopoulos said officials from Europol, the EU’s asylum service and border and coast guard agency will meet with Cypriot authorities soon to determine how best to assist.

“Everything must be done quickly because time is pressing. We have very little time ahead of us to be able to satisfy the justified requests made by Cyprus to deal with issues of security and migration,” he said.

“Cyprus is not alone in facing these problems. We are all by its side as am I personally,” he said.

By In Cyprus
Previous articlePM May’s “reckless” Brexit message angers the lawmakers she needs to win over
Next article“We are one” says PM Ardern as New Zealand mourns with prayers, silence