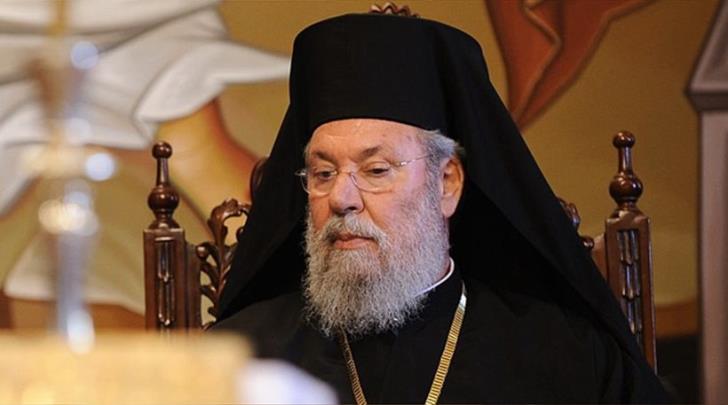 Archbishop Chrysostomos has dismissed strong criticism over his intervention for controversial Malaysian financier Jho Low to obtain a Cypriot passport in 2015.

He told romfea.gr. news agency on Tuesday that many a times he had approached the Interior Ministry asking for specific persons to be granted Cypriot citizenship. And it was always for the best interests of the country.

“On many occasions – both as Bishop of Paphos and as Archbishop – I have asked the Government, the Ministry of Interior, to help someone in obtaining Cypriot citizenship. And after conducting their investigation, they sometimes granted the citizenship, and in some other cases they turned down the application,” he said.

“It is not up to us if the citizenship is given, we are just asking and we are not ‘upset’ if in some cases our request is rejected… it’s the best interests of the country that we always have in mind,” he added.

The Archbishop also said the Interior Ministry is the competent authority that has the jurisdiction to get the relevant information –  from the Police, the Central Bank of Cyprus, Interpol, ensuring that a person is worthy of the citizenship.

Low, whose full name is Low Taek Jho, obtained nationality under the country’s citizenship by investment scheme after buying a mansion for €5 million euros in the resort town of Ayia Napa.

The Arcgbishop sent at least two letters to the country’s then-interior minister Socratis Hasikos in September 2015 asking for Low’s naturalisation as the two were reportedly in talks for investment on church property.

One letter was sent on September 10 and Low’s application for citizenship was submitted to the cabinet the next day.