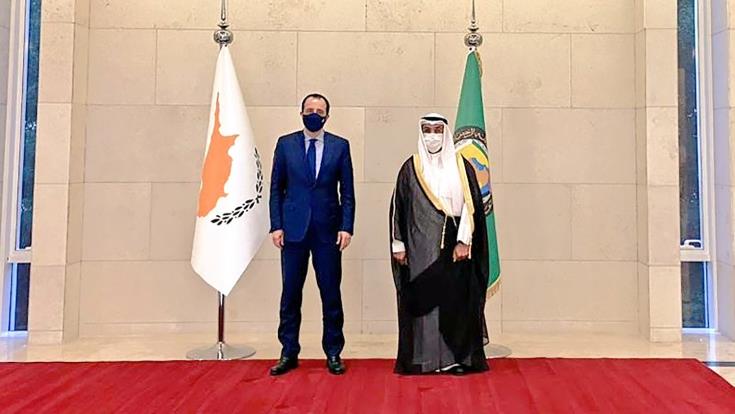 Cyprus and Saudi Arabia will immediately launch a political dialogue between the two countries by convening the first meeting of counterpart foreign ministries in Riyadh shortly.

This is what a press release issued by the Foreign Ministry has said after talks on Tuesday in the Saudi capital between Foreign Minister Nikos Cristdoulides and the Arab nation’s counterpart Prince Faisal bin Farhan Al Saud.

“The two Ministers had the chance during a private meeting as well as during extended talks between the two sides to look into ways of further enhancing the ties between Cyprus and Saudi Arabia,” it also said.

“This could be done both through the promotion of a number of interstate agreements that will be signed as well as through the undertaking of joint targeted actions to enhance cooperation in concrete sectors, as, among others, tourism, trade and entrepreneurship,” it added.

Christodoulides and Faisal bin Farhan Al Saud also decided to immediately launch a political dialogue between the Foreign Ministries of the two countries, by convening the first meeting for political consultations in Riyadh in the immediate future.

The press release noted that the two sides also exchanged views about the situation in the broader Eastern Mediterranean region, the Middle East and the Gulf, as it has been formed after the recent developments.

And the underlined the significance which the two countries attribute to efforts for enhancing regional cooperation with no exclusions, on the basis of the international law respect and good neighbourhood relations was highlighted.

Moreover, the relations between the EU and Saudi Arabia were discussed and the role which Cyprus plays in reinforcing them was reaffirmed.

Christodoulides also met with the Saudi Minister of State for Foreign Affairs, Adel al-Jubeir, with whom he discussed regional and international issues of common interest, as well as the two countries` bilateral relations.

The Foreign Minister wrapped up his working visit to Saudi Arabia with a meeting he had with the Secretary General of the Cooperation Council for the Arab States of the Gulf, Nayef Falah M. Al-Hajraf.

The two exchanged views on the situation in the broader Gulf region after the recent signing of the Al-Ula Agreement, and the prospects for further enhancing of the cooperation of Cyprus with the Council. (CNA)