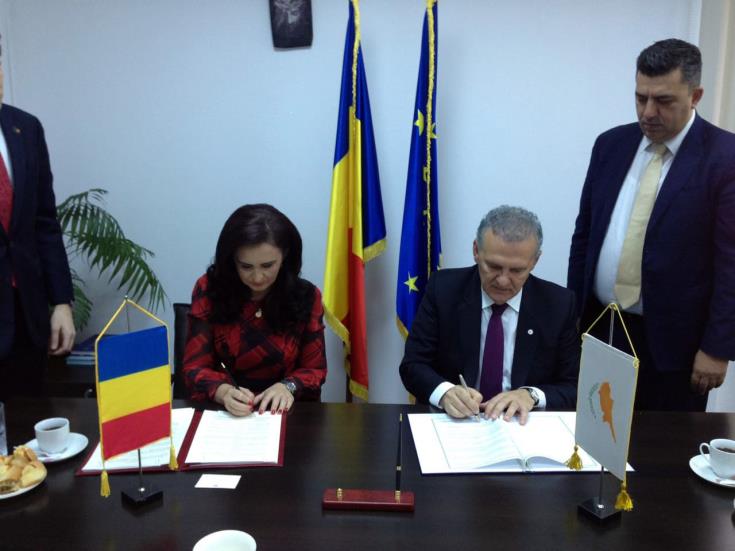 Cyprus and Romania signed on Friday in Bucharest a Memorandum of Understanding on diaspora issues. The MoU was signed by the Presidential Commissioner, Photis Photiou, and the Minister for Romanians Abroad, Natalia-Elena Intotero.

Photiou told CNA that the signing of the MoU strengthens the already very good relations between the two countries. He added that Romania, which will hold the EU rotating presidency during the first six months of 2019 promotes the discussion of diaspora issues for the first time at the EU level. Moreover, he noted that Bucharest favours a possible trilateral cooperation among Cyprus, Greece and Romania.

“The fact that the EU will deal with diaspora issues is a positive development. This is the first time that such issues are put forward at the EU level,” Photiou noted.  He said that a meeting of officials of EU member states responsible for diaspora issues will take place in Bucharest next March. Countries which are not EU member states, as Israel, will also be invited, he noted.

Photiou said that approximately 30,000 Romanians live in Cyprus, and that the Minister for Romanians Abroad has been invited to attend a cultural event that will take place in Cyprus with the participation of the Romanian diaspora.

He stressed that the two countries aim at bringing their diasporas together and will organise a joint event in one of the countries where there is a strong Romanian diaspora community as the US, Canada and Britain.

During his official visit to Bucharest, the Presidential Commissioner was received by the Romanian President’s adviser on diaspora issues, Sandra Pralong, whom he briefed among others on developments in the Cyprus issue.

Pralong reiterated the longstanding positions of principles of her country on the Cyprus problem, and Romania’s support to efforts for a Cyprus settlement based on the relevant UN Security Council resolutions.

Photiou also had a meeting with members of the Cypriot community living in Romania.