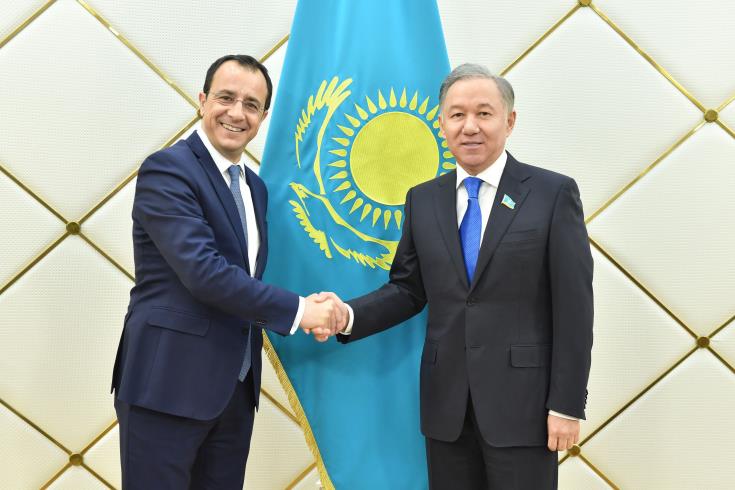 The Republic of Cyprus and Kazakhstan signed on Wednesday a Convention for the Avoidance of Double Taxation and for the combating of Tax Evasion with respect to taxes on income.

According to a press release issued by the Public Information Office, the Convention was signed in Nursultan, Kazakhstan, by the Cypriot Minister of Foreign Affairs Nikos Christodoulides and the Kazakh First Deputy Prime Minister, Finance Minister Alikhan Smailov.

The Convention with Kazakhstan is of key importance, as it is expected to further enhance the economic and trade ties between Cyprus and Kazakhstan, providing new opportunities and better protection to tax residents of both countries, the press release writes.

Lying at the heart of Eurasia, Kazakhstan constitutes a bridge between the East and fostering investments to and to from Europe and America via Cyprus, the release adds.

The new Convention is based on the OECD’s Model Convention for the Avoidance of Double Taxation on Income and on Capital.

Furthermore, the release that the upgrading, maintaining and expansion of Cyprus’ current network of Double Taxation Agreements, which are considered of primary importance, aims at further boosting and attracting investments and promoting Cyprus as an international business hub.

According to the Finance Ministry’s data, following today’s signing, the Double Taxation Agreements signed between Cyprus and other countries increases to 65.

By In Cyprus
Previous articleJet2 increases summer, winter capacity to Cyprus amid upturn in demand
Next articleThe 8th Lavender Festival in Cyprus