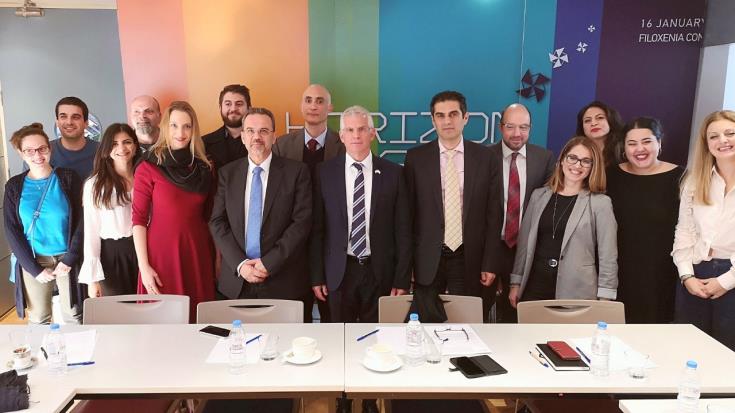 Cypriot stakeholders in the field of research and innovation and the Israeli Ambassador to Cyprus Sammy Revel discussed ways of further cooperation between the two countries in matters of innovation and start-ups.

According to press release issued by the Cyprus Research Promotion Foundation (CRPF), the meeting took place in the context of a special event hosted by the CRPF.

During the meeting, CRPF representatives, who participated in a training programme on issues of innovation and start-ups titled «Innovation Roadmap: How to scale-up your Start-up» that took place last December in Haifa, Israel, had the opportunity to share their experiences and knowledge obtained from the Israeli innovation ecosystem, the release said.

“The need to continue close cooperation with Israel for the education of Cypriot groups on issues of innovation and start ups through the development of tailored made and targeted actions was the basic message conveyed during the meeting,” CRPF added.

On their part, CRPF said, the event participants expressed their intention to implement practical knowledge obtained during their training in Israel in the context of their professional activities, that, inter alia, include operating and support start-ups, the provision of guidance in tertiary education and managing national programmes to boost research and innovation.