Cyprus and Israel Defence Ministers discuss developments in the region 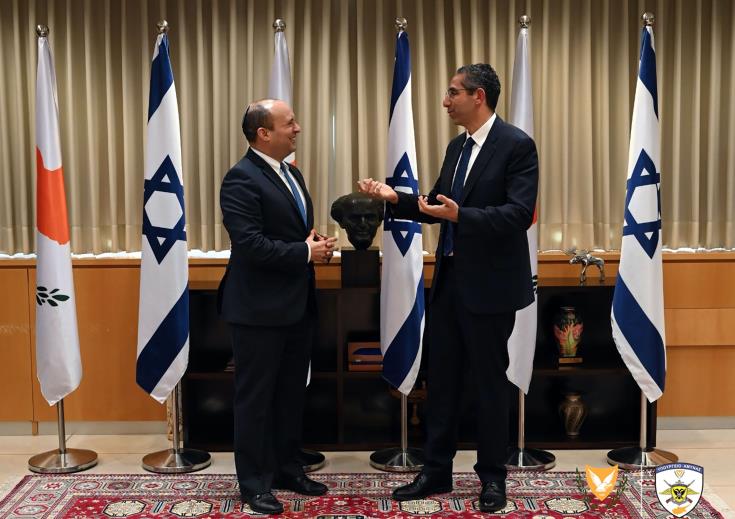 The current strategic environment and future security developments in the region, and their subsequent implications on their respective countries, were discussed on Tuesday by Cypriot Minister of Defence Savvas Angelides and Israeli Minister of Defence Naftali Bennet, during a meeting in the framework of Angelides’ official visit to Israel.

In a joint statement, the two Ministers say they noted the close and warm relations between the State of Israel and the Republic of Cyprus, which stem from shared values and mutual interests, and expressed their contentment from the firm defence ties between the nations.

They also discussed ways to promote the defence cooperation between their respective defence establishments in light of the regional challenges.