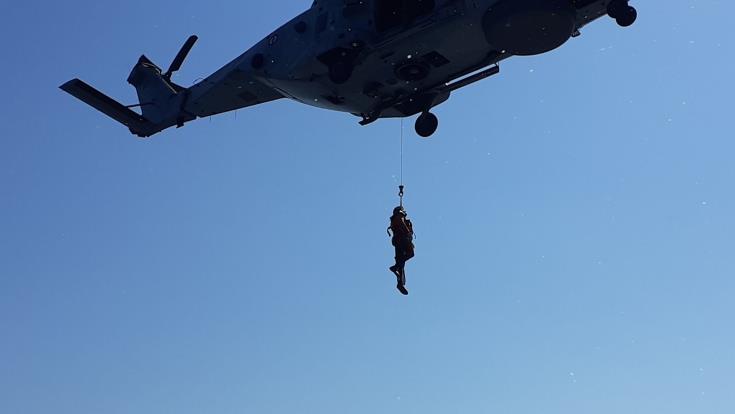 A joint Search and Rescue Exercise under the name “SALAMIS – 02/21” was conducted on Monday between Cyprus and Greece.

According to a press release, the  exercise took place within the sea area of responsibility for search and rescue of the Republic of Cyprus, with the participation of the Greek Frigate “Hydra”, and a Helicopter AW-139 of the Cyprus National Guard  General Staff Air Command.

The exercise was held under the operational control and coordination of the Joint Rescue Coordination Center of Larnaca, in cooperation with Hellenic Navy General Staff.

The scenario included air transport of an injured person from a ship on high seas and therefore the JRCC National Plan “Nearchos” was implemented.

The exercise is the second planned activity, within 2021 and is part of the long-term cooperation on search and rescue between the Cyprus Republic’s forces and the Greek aeronautic forces operating in the Eastern Mediterranean region.

By gavriella
Previous articleCommission pays 610,000 to Cyprus for medical supplies from China
Next articleCitizens calling Fire Service to be served through answering machine