Cyprus and Greece are pillars of stability in the region, Greek Defence Minister says 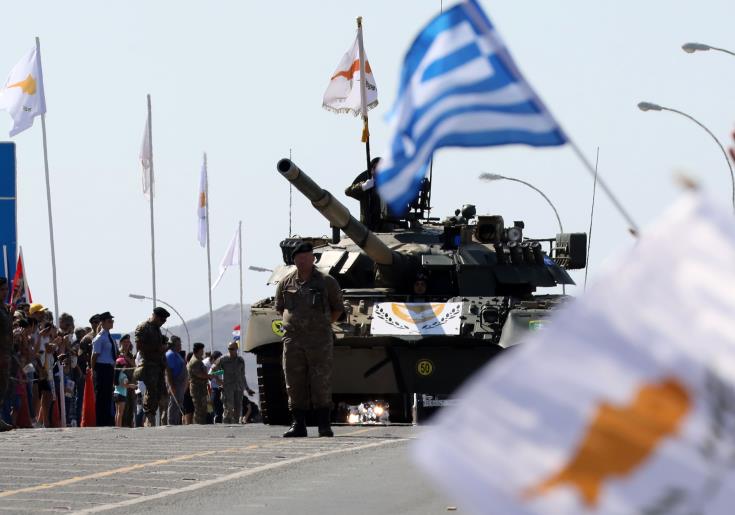 Greek Defence Minister Panos Kammenos said on Monday that thanks to the sacrifices made by Greek Cypriots and the people of Greece, Cyprus and Greece are no longer countries causing crises but rather countries of stability in the wider Mediterranean region.

In a statement after a military parade in Nicosia, to mark the anniversary of Cyprus’ Independence Day, Kammenos who represented the Greek government at the celebrations, stressed that “Greece is here, standing by Cyprus.”

Kammenos said that the hard work by the two countries’ military forces, the two ministries of defence and the two governments has led to bilateral and trilateral agreements which have highlighted the role of Greece and Cyprus as “stability pillars”, while both countries have become the Mediterranean’s new energy hub.

The Greek minister said that “we will truly celebrate when Cyprus is liberated, when Cyprus is reunified” and pledged to continue to struggle for Cyprus’ final liberation, stressing that Greek Cypriots should be able to feel safe.

Numerous UN-backed negotiations, aiming at reuniting the island under a federal roof, have failed to yield results. The latest talks under UN aegis took place in the summer of 2017 at the Swiss resort of Crans-Montana.