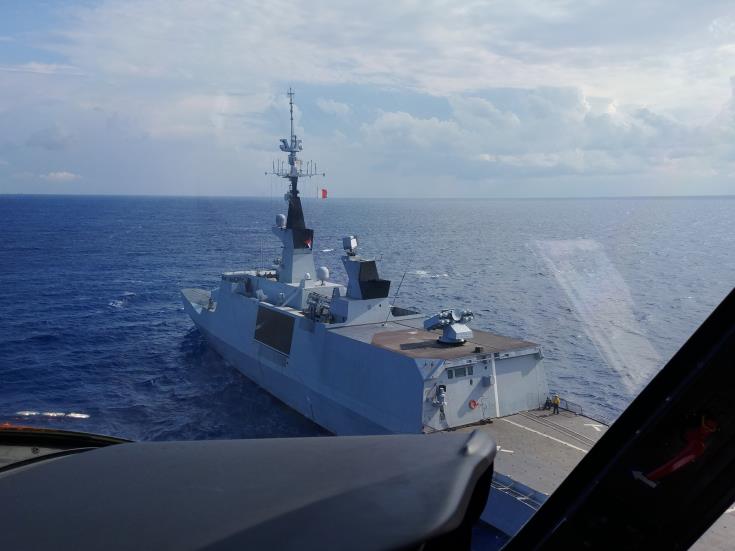 A joint search and rescue exercise took place on Friday off the coast of Cyprus, with the participation of Cyprus and France. The exercise, called “CYFRA 02/20”, took place in a sea within the area of ​​responsibility of the Republic of Cyprus for search and rescue. The French Frigate “LA FAYETTE”, a helicopter for search and rescue of the Aviation Administration of the Cyprus National Guard and specialised nurses from Cyprus participated in the exercise. The exercise falls within the cooperation between the two countries to address search and rescue incidents or emergencies that may arise during activities within Cyprus` Exclusive Economic Zone and the search and rescue area of the Republic of Cyprus. According to a press release, the control and coordination of the drill was carried out by the Larnaca Joint Rescue Coordination  Center in Larnaca. This was the second exercise between the two countries this year and it took place in the context of a long-term cooperation on search and rescue issues between the forces of the Republic of Cyprus and the French Air Force that is active in the Eastern Mediterranean region.