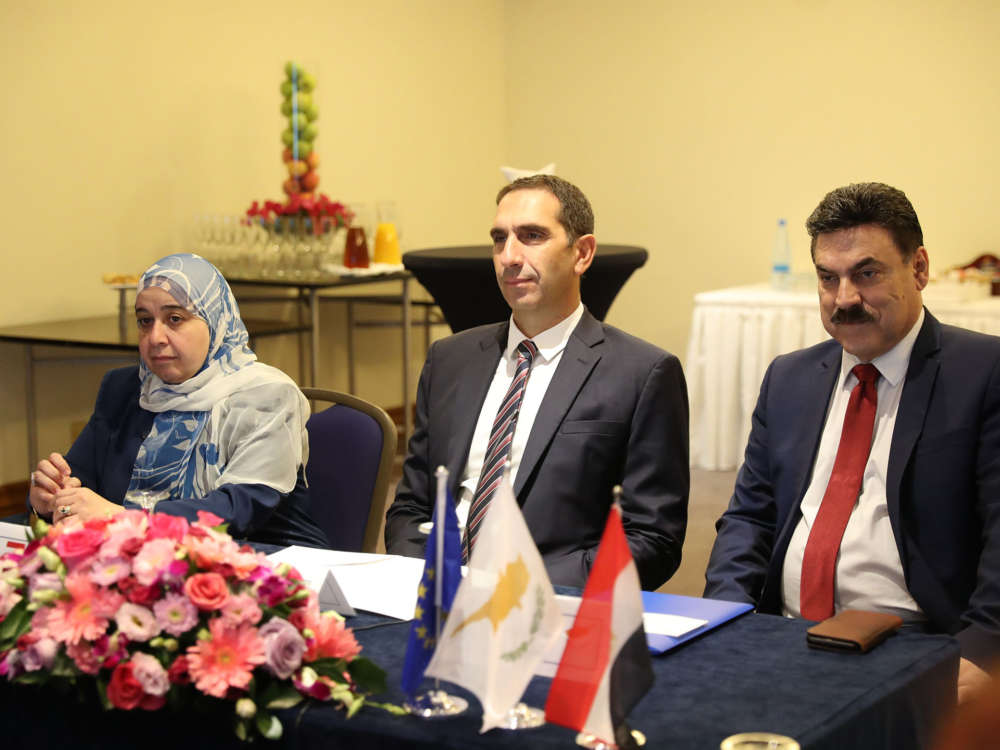 A meeting at the level of technical committees in the field of pharmaceutical cooperation, the first of its kind, takes place between Cyprus and Egypt, on Tuesday, in Nicosia.

In statements, on the sidelines of the meeting, Health Minister Constantinos Ioannou said that the goal of these meetings is “to enhance cooperation in the field of pharmaceuticals between Egypt and Cyprus and in essence to open up Egypt’s market to Cypriot pharmaceutical industries.” Cyprus, he noted, “due to its expertise but also its EU membership status is an attractive market for countries such as Egypt.”

Furthermore, Ioannou added, “the strong ties between our countries allow for the growth of the medical tourist market and our political mutual understanding and respect allows for giant leaps of progress.”

The vision of both countries is shared, he noted, adding that “the bond is a friendship which provides an excellent platform for both Egypt and Cyprus to work together for the common goal to push forward major achievements in pharmaceuticals.”

To continue, he said, “to dynamically share experience and best practices in pharmaceuticals with both regulators working closely together with harmonised high standards in the industry of both countries.”.

The delegations will visit on Wednesday the facilities of two pharmaceutical companies in Limassol.

Head of the Pharmaceutical Services of Cyprus Louis Panayi presented the role and operation of his department, the participation of experts from Cyprus to EU bodies as well as the role and operation the future National Medicines Authority will have, noting that the legislation which will form the backbone of the Authority is in its final states and it is anticipated that it will be approved by the end of this year.

Egypt imports pharmaceuticals only from countries included in a list issued by the country’s Minister of Health. This meeting aims to include Cyprus in this list, which would constitute a significant commercial success of the Cypriot pharmaceutical industry, a Health Ministry press release says.

On the basis of a Memorandum of Understanding signed between the two countries in 2017 Egypt also stands to have significant benefits such as the cooperation and exchange of expertise with a European regulatory authority on medicines.

By In Cyprus
Previous articleWe count on all EU member states’ support in condemning Turkey’s illegal actions, President says
Next articleInteractive performance ‘Phoenix’ to be staged at ‘The Roof” of BoC’s Cultural Foundation