Cyprus among EU countries who spend less on healthcare 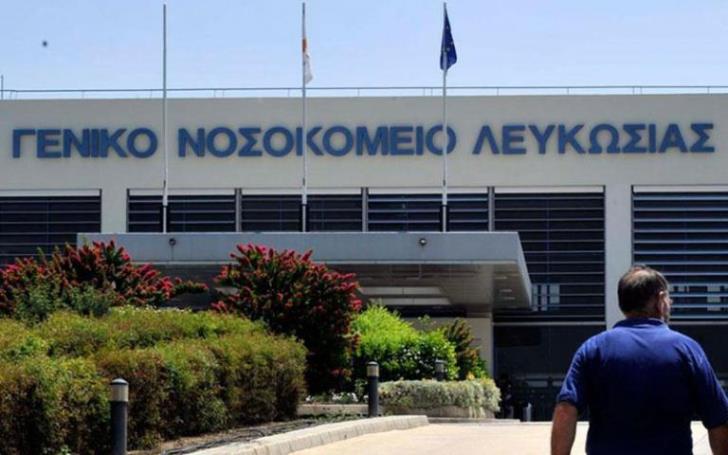 Cyprus is among the EU countries which spend less on healthcare in 2016, according to Eurostat figures.

Specifically, with 6.9%, Cyprus was ranked 22nd among the EU 28 in healthcare expenditure as a percentage of GDP. 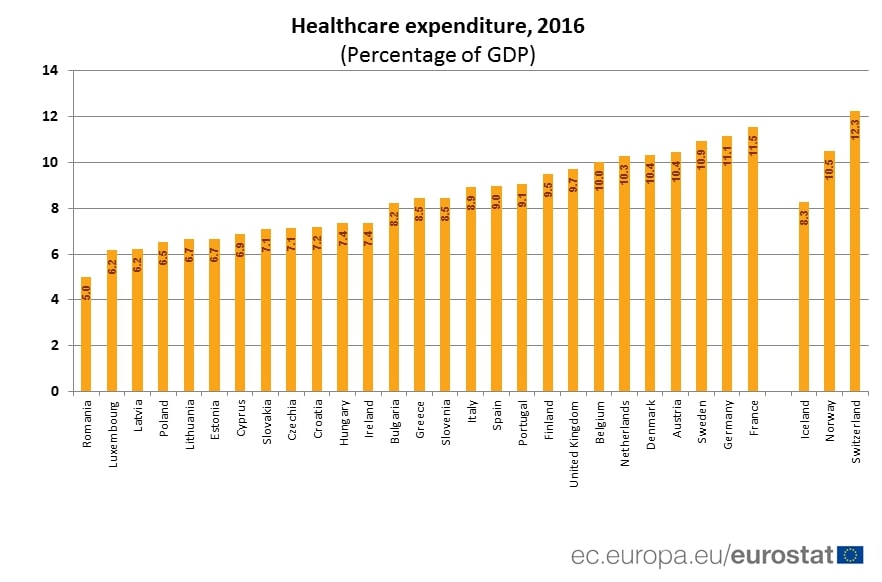 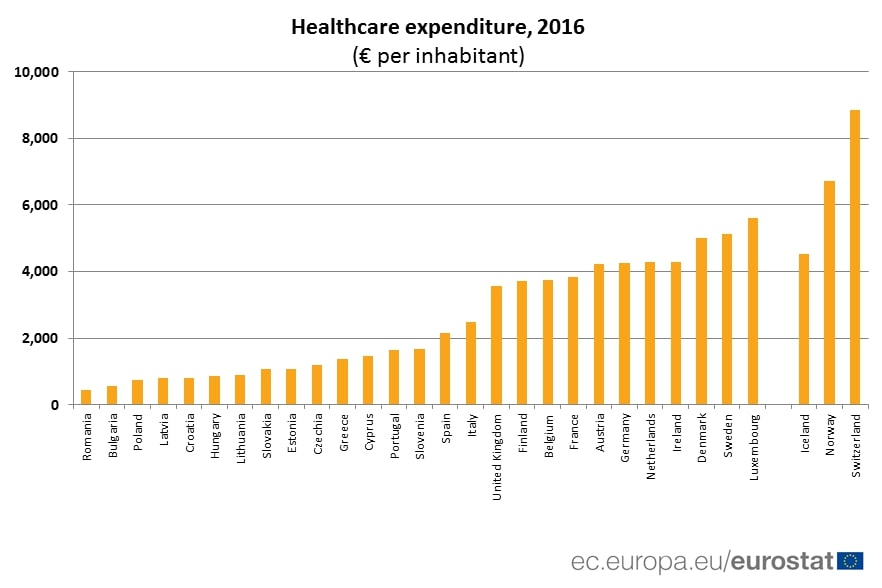 Note: Health care expenditure per inhabitant has been rounded to the nearest hundred euros.

By In Cyprus
Previous articleAppeal for lifts in refugee blocks to help save lives
Next articleTourism revenue up, per capita expenditure down