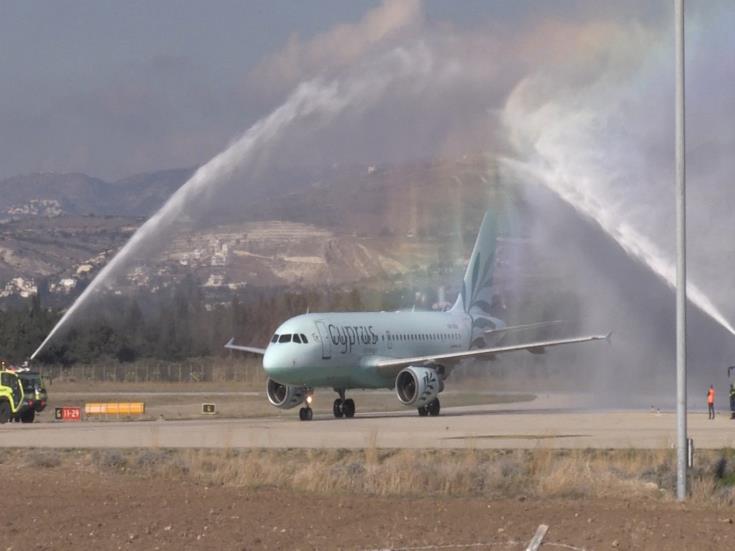 “We launched this service due to increased demand from Paphos passengers for this particular route,” said George Karashalis, head of ground services and safety at Cyprus Airways.

The flights to and from Athens will be available three times a week until the summer and may be extended further.

Aegean’ s round trips to Athens started on December 12 while Cyprus Airways’ started today, December 21, he added, stressing the great importance of these new connections to the Paphos region.

Hadjigeorgiou expressed his confidence that more connections can be established in the near future with additional destinations that could offer business opportunities.

In relation to the flights to and from Germany, Hadjigeorgiou said that the efforts of the Deputy Ministry of Tourism, Hermes and other entities bore fruit; the gap left by Germania’s bankruptcy has largely been closed.

Germany flights, he said, are due to begin in April 2020 and will initially link Paphos to four German airports with eight flights per week.