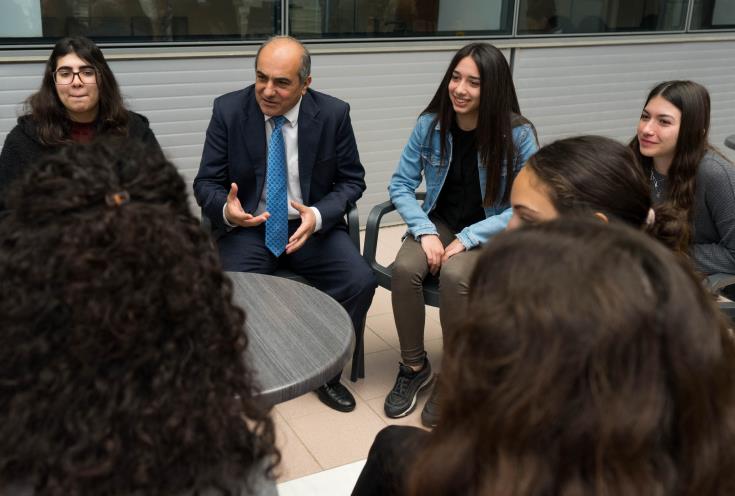 President of the House of Representatives Demetris Syllouris, said Friday that the Cypriot economy was expanding outwards as a regional hub of business excellence.

“Although Cyprus’ main pillars of business is based on tourism, shipping and professional services, there is a constant attempt for improvement and innovation. With the contribution of Foreign Direct Investments rising steadily and the future prospect of Cyprus becoming an Eastern Mediterranean oil and gas centre, it is no wonder that the Cypriot economy is expanding outwards as a regional hub of business excellence”, he said.

He was speaking at the Young Presidents Organisation (YPO) business forum lunch.

Syllouris also noted that Cyprus’ unique geographical location – a gateway between Europe and the Middle East – has played a major role as a base for global trade for thousands of years and it was continuing to play a major role in developing the island as an establishment for many multinational companies.

“Our economy may be small but it is open, transparent and business-friendly, and able to weather a great deal of obstacles”, he said.

He also noted that he was proud that a small island despite all the difficulties it had faced, including the recent financial crisis had come out stronger than ever.

“Cyprus is a friendly island, full of sunshine and a rich culture spanning from antiquity. Naturally, our hospitality is mirrored in our business ethics. As part of the Commonwealth, our primary corporate statutes are based on English company legislation and the legal system modelled from English Common law. But as a member of the European Union, we are fully compliant with European Union directives as well as being one of the lowest tax regimes within the EU”, he said.

He added that  in light of these factors, Cyprus could offer international investors the confidence to invest, grow and prosper.

By In Cyprus
Previous articleAnnual inflation up to 1.7% in the euro area -1.2% in Cyprus
Next articleTurmoil at Thyssenkrupp marks battle for Germany’s economic identity