Cyprus: 24th among EU-28 for renewable energy use in transport 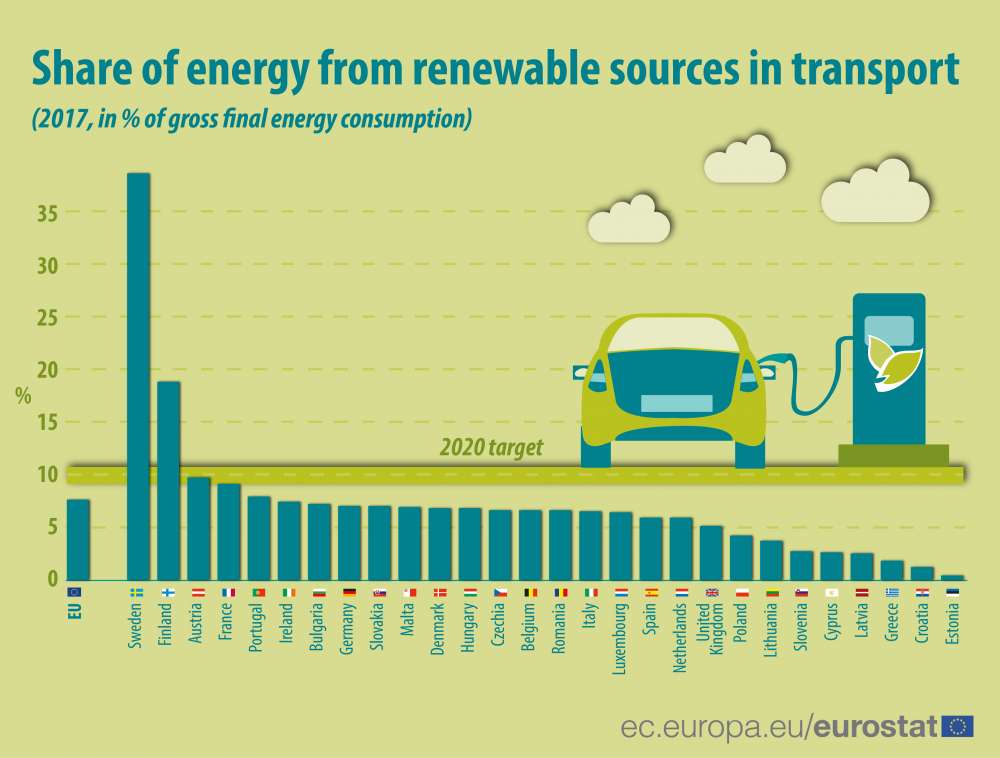 Cyprus is ranked 24th out of the 28 EU member states for renewable energy use in transport, according to a Eurostat study based on 2017 data.

In 2017, the share of energy from renewable sources used for transport in Cyprus stood at 2.6 %, compared with the EU average of 7.6 %.

The share of renewable energy use in transport in Cyprus actually decreased from 2016, when it stood at 2.7 %. 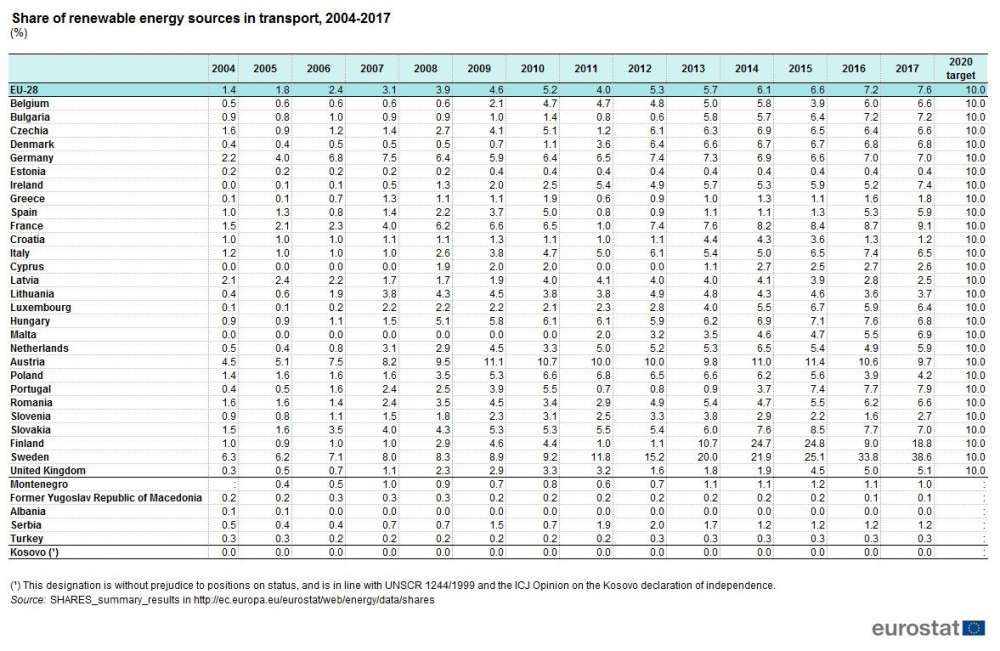 The share of energy from renewable sources is calculated in a harmonised manner across the EU Member States using the SHARES tool. More information about the SHARES tool, and the source data for this news item (SUMMARY RESULTS SHARES 2017) can be found here.

By In Cyprus
Previous articleLimassol postal worker arrested after cannabis found in package
Next articleReport: Large gas reserve believed to have been found in block 10