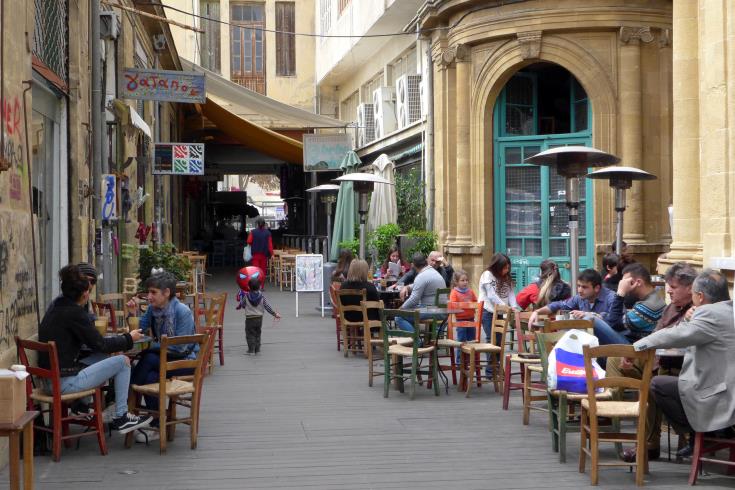 Despite the fact that Mediterranean countries are known abroad for their relaxed lifestyle, Cyprus and Greece are among the most stressed nations in the world, according to a survey of worldwide happiness.

The Gallup 2019 Global Emotions poll revealed 51% of Cypriots had experienced stress in the past 24 hours, the third highest rate in Europe and the 18th highest in the world.

Greeks topped the world rankings, as 59% reported that they experienced stress in the past 24 hours. The Philipinnes was the second most stressed country in the world (58%), while Albania holds the second place in Europe (55%). The US was in fourth place with (55%).

Ukraine and Estonia (18%) were the least stressed nations, along with Latvia and Denmark (20%).

The annual survey is based on a snapshot of positive and negative daily experiences gathered from more than 151,000 interviews with adults in over 140 countries in 2018.

It also found that Spain and Italy were Europe’s angriest nations, with 30% of respondents there experiencing anger in the past day.

Cypriots ranked eight for anger in Europe as 20% said they were angry in the past day.

Mediterranean countries also ranked high in sadness as Italy topped the European ranking with 38% of respondents saying they experienced the emotion in the past day. Spain was second in Europe with 29%. Portugal and Cyprus were joint fifth with 27%.

Chad was the world’s saddest and most pain-stricken population. Fifty-one percent of Chadians report stress last year, along with 54% reporting sadness. Two-thirds there felt worried, and 66% felt physical pain.

The trend for Mediterranean countries continued in the worry rankings, as Portugal was the highest ranked country in Europe (and fourth in the world) as 59% of its citizens saying that they experienced the emotion in the past day.

Cyprus was eighth in Europe with 43%.

Mongolians were the most well-rested people in the world (86%), while the European ranking was topped by Malta (80%). The most tired country in the world is Kuwait (28%).

Nigeria, the most populous country in Africa, with the third-largest youth population in the world, topped the smile rankings as 91% of its citizens said they smiled at least once in the previous day.

Cyprus was ranked 10th in Europe as 75% of the respondents said they smiled in the past day. Netherlands was the top ranked European country with 85%.

Latin American countries are the most positive

Five of Gallup’s questions were about positive experiences. More than seven in 10 people worldwide said they experienced a lot of enjoyment (71%), felt well-rested (72%), smiled or laughed a lot (74%) and felt treated with respect (87%).

Paraguay ranked highest worldwide for Positive Experiences, and has held this position since 2015. The Asian country of Indonesia was the only outlier. After Paraguay, the other most positive countries, in order, were Panama, Guatemala, Mexico, El Salvador, Indonesia, Honduras, Ecuador, Costa Rica and Colombia.

Says the Gallup report, “As they do year after year, Latin American countries dominated the list of countries in 2018 where adults reported feeling a lot of positive emotions each day. The high percentages reporting positive experiences in Latin America at least partly reflect the cultural tendency in the region to focus on life’s positives.”