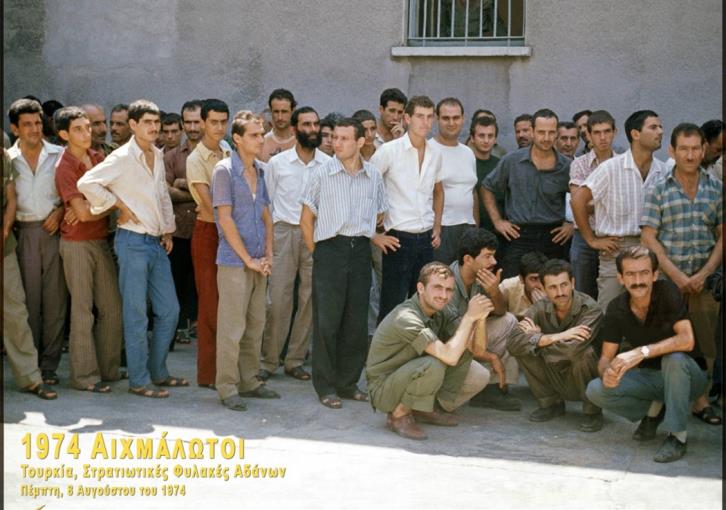 Photos mainly of young Cypriot prisoners who were transferred to Adana, Turkey in 1974 were found by researcher Odysseas Christou, who posted them on the Internet and some people recognized their relatives or friends.

The photos were taken on 8 Augusts 1974 outside the prisoners’ chamber by a Turkish photographer who was apparently working for an international news agency. According to Odysseas Christou, these photos are being released for the first time, at least in the Republic of Cyprus. He also noted that the photos were taken within the framework of a propaganda operation and do not reflect the real conditions of detention. According to the information Odysseas Christou collected, the prisoners seen in the photos were captured during the first phase of the Turkish invasion from the area east of Kyrenia until Kyrenia as well as during the battles that took place during the first days of the ceasefire.

Citing Turkish sources, Christou said that on the day the photos were taken, there were 385 prisoners in the Adana prisons. By gavriella
Previous articleProfessor of Microbiology says no new measures examined
Next articlePresident Anastasiades says: We are vigilant and ready to react for Varosha