The share of Cypriots with a tertiary level of educational attainment is among the highest in the EU, a Eurostat study found.

The percentage significantly surpassed the EU set target of 46%. Cyprus was among the fourteen member states who have met or exceeded their 2020 national target for this indicator, the others being the Czech Republic, Denmark, Estonia, Greece, Italy,Latvia, Lithuania, the Netherlands, Austria, Poland, Slovenia, Finland and Sweden.

The Europe 2020 Strategy sets a number of headline targets, including one for tertiary education, namely that by the year 2020 the proportion of 30–34 year-olds with tertiary educational attainment should be at least 40 %. In 2017, 39.9 % of the population aged 30–34 in the EU-28 had completed tertiary education.

In 2017, the share of persons aged 30 to 34 who have completed tertiary education was higher for women than men in all Member States.

Also, with almost 50%, Cyprus also had the highest percentage for share of native-born population aged 25-54 with a tertiary level of education in 2017. 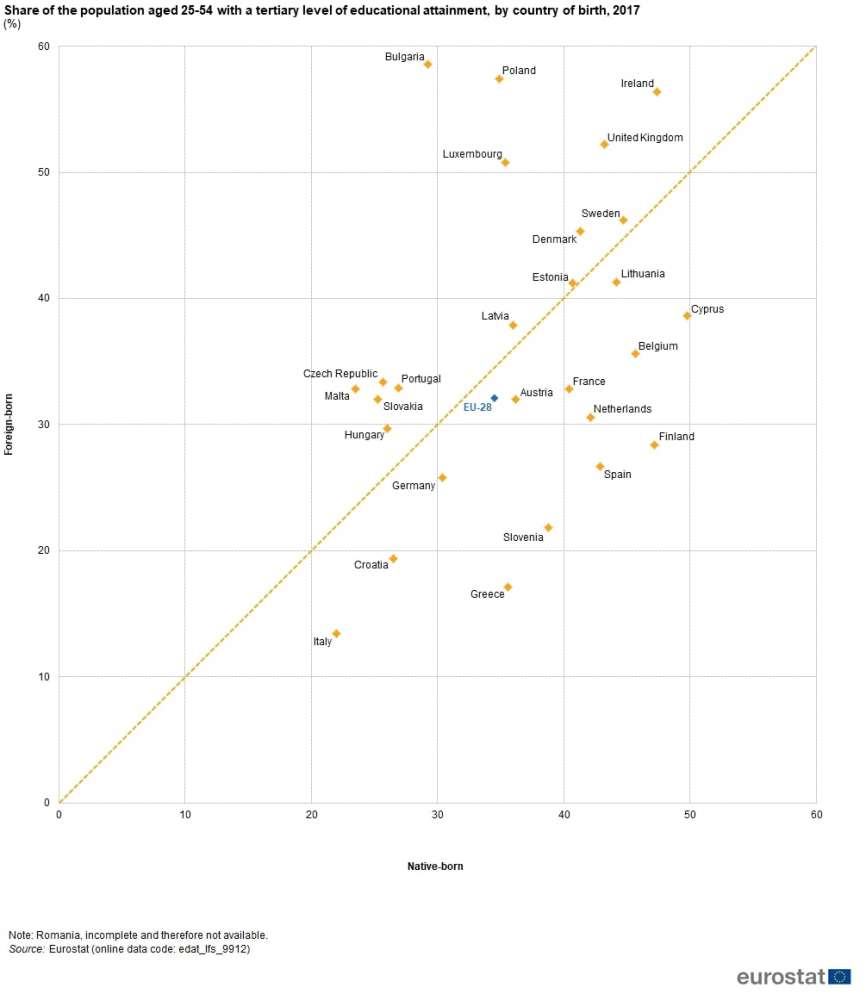