Cypriots among EU citizens who have worst opinion about the euro 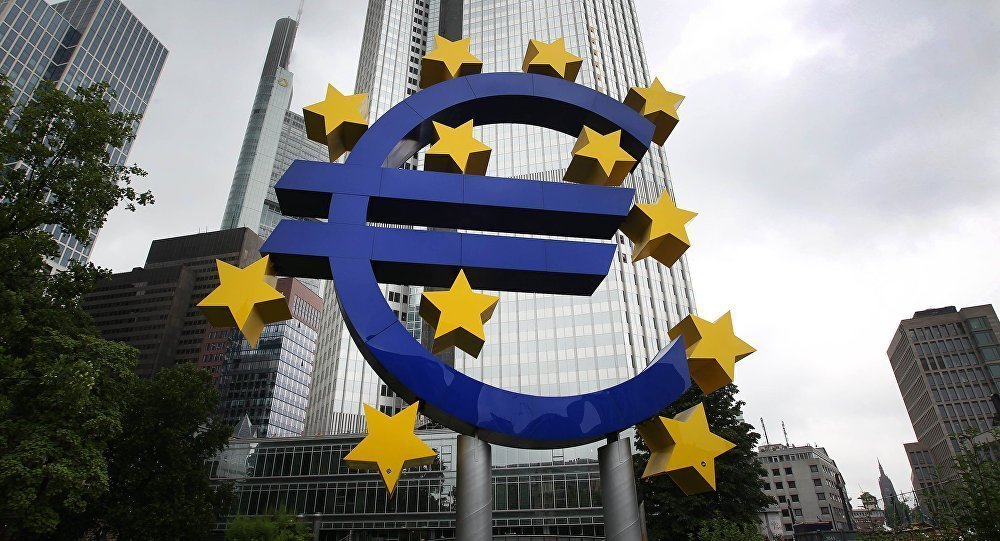 Cyprus is among the EU countries whose citizens least trust the euro, a Eurobarometer found.

According to the survey, only 47% of Cypriots believe that the euro is a good thing for the country, the second lowest approval rating for the common currency after Lithuania’s 42%.

Both countries have the highest percentage of citizens who think that the euro is bad for them, with 40%.

Ten percent said they can’t decide and 3% said that they don’t know.

Also, only 19% of Cypriots said that using the euro makes them feel more European. However, 66% of Cypriots are in favour of more economic and budgetary coordination among EU states.

Fifty eight percent of Cypriot respondents are in favour of abolishing the one and two euro cent coins and making it obligatory to round the final sum of purchases in shops or supermarkets, up or down.

Reforming the health and education systems are ‘totally important’ for 92% and 91% of Cypriots, respectively, in order to help increase growth and employment.

In the rest of Europe, three out of four Europeans see the euro as a good thing for the EU as a whole. That, for the second year running, is the highest proportion since people started using the EU’s cash.

Ireland, Luxembourg, Slovenia and Spain are the leading euro supporters with 80% or more of respondents saying it’s a “good” thing for their country. However, there’s still a majority in favor of the common currency in all 19 countries.

Overall, all 19 eurozone countries have a majority in favour of the euro, the survey shows, with 64% of the roughly 17,000 people polled saying the euro is good for their nation.

Despite an ongoing row around Rome’s budget, support for the euro in Italy rose by 12 percentage points from a year earlier, with 57% of Italians now saying the euro is good for their country.

The euro was introduced in 1999, and became the official currency in 2002. 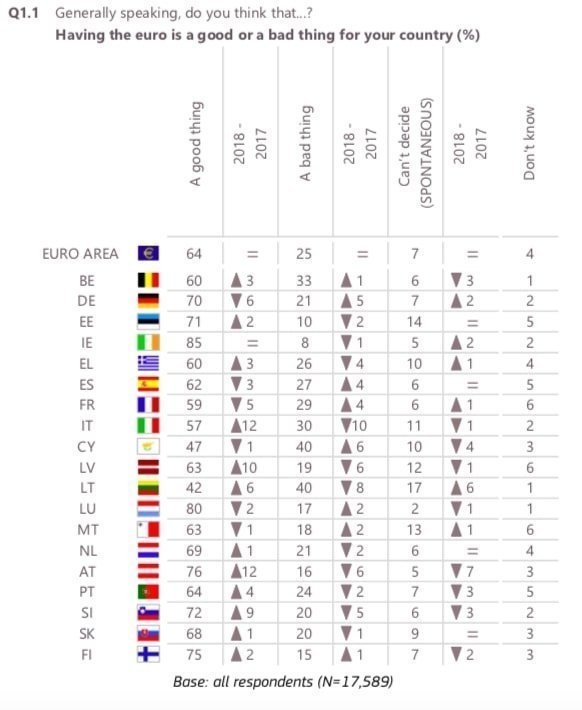