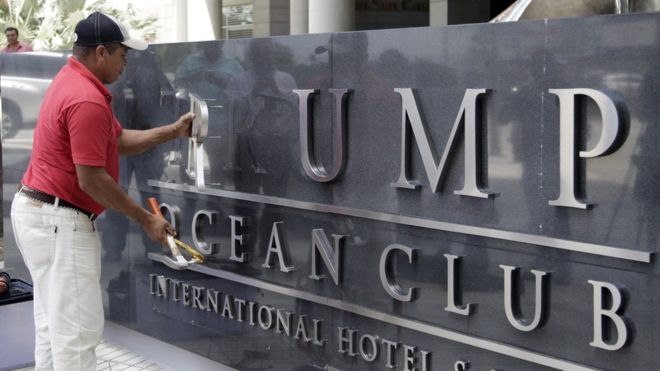 A Panama City hotel thrust into the news earlier this year when Cypriot Orestis Fintiklis evicted the Trump organisation, is to become a JW Marriot hotel.

The announcement was made by owners, Ithaca Capital who said that the iconic Bahia Grand Panama Hotel in Panama City, housed in the tallest building in Panama and Central America, is set to become a JW Marriott® hotel.

“We are thrilled that our hotel will operate as a JW Marriott and we believe that this partnership, together with a talented team and spectacular hotel amenities, will be a success. We look forward to welcoming new and returning guests to this iconic property,” said Orestes Fintiklis, managing partner of Ithaca Capital.

At 284 metres, the property’s modern architecture has become emblematic of Panama City and its skyline.

Fintiklis captured the headlines last March when his company regained control of the building after a legal battle with its management – the Trump Organisation — which he blamed for a fall in profits.

Within hours of the verdict from a Panamanian court, hotel staff removed the Trump name from its main entrance and renamed it the Bahia Grand Panama.  At the time, videos appeared on line of Fintiklis celebrating with a Greek song about the fight against fascism.

Majority owner of Trump Hotel in Panama declares victory against the Trumps in struggle for the property’s control and plays a victory anthem on the hotel lobby’s piano: “Accordeon,” a popular Greek song about the fight against fascism pic.twitter.com/jS5Zp4cp3M