Cypriot to cycle across Europe to help cancer patients in Paphos 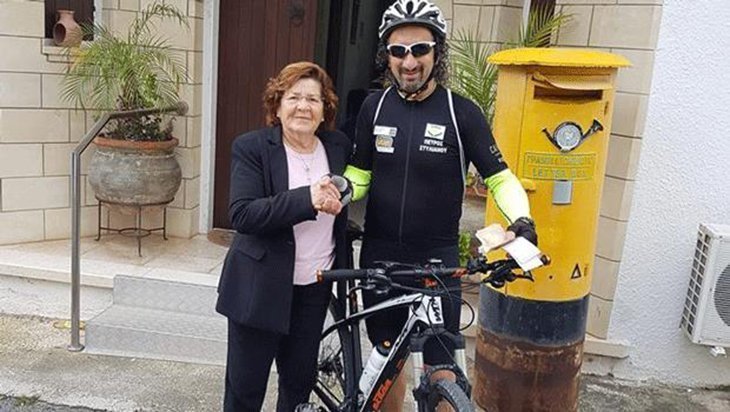 Cypriot cancer survivor Petros Stylianou has set himself another challenge for the best possible cause.

Stylianou will attempt to cycle all over Europe in order to help raise money to build a brand new Oncology Centre in Paphos.

Stylianou was born in Limassol and grew up in Paphos, spending the past 22 years living in the Paphos district village of Tala.

He began experiencing stomach pain and in 2011, after putting it off for a number of years, visited his cousin who was a doctor at Paphos Hospital.

She advised him to undergo a biopsy which uncovered cancer at an advanced stage.

However, his will to live helped him overcome the odds and he wants to help those who are battling against cancer.

The cancer survivor spoke to “Phileleftheros” and emphasized his will to help hundreds of patients by raising money for the new Oncology Centre and added: “I have spoken with the Interior Minister to help me on my mission and I will do everything to accomplish this goal, I have the full support of the church and the Archbishop as I head on my journey”.

Petros Stylianou added that he will cycle through big European cities to raise awareness.

By In Cyprus
Previous articleRoger Waters: Us + Them
Next articleUp to You(th) 2019